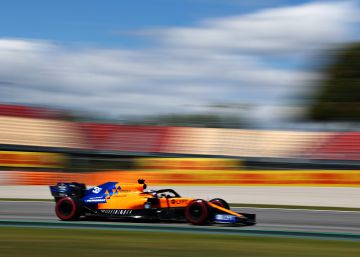 After walking on the wire for almost a year, the Circuit de Cataluña intends to close an agreement with Liberty Media in the coming days, the promoter of the Formula 1 World Championship to retain the Spanish Grand Prix, at least one edition more, that of 2020. ARA anticipated on Wednesday that the extension of the contract, which expired this 2019, can already be considered signed, although Montmeló sources assured this newspaper that the negotiations are not much closed. The current political instability, both in relation to the relations maintained by the Generalitat and the Central Government, and the inability to form the State Executive, make this new way the most logical way to try not to miss an appointment that has been held uninterruptedly since 1986, and on the Barcelona track since 1991.

The idea is to maintain the conditions of old contract, which stipulates a rate of 21 million euros and that the Government must endorse, for later, once the context at the political level is more defined, return to sit down with the promoter to, this time, sit down to negotiate a new multi-year contract Of those 21 million euros of the canon, around nine are recovered as sold tickets. The rest, about 12 million, have been distributed among the Generalitat, the City Council and the Diputación de Barcelona, ​​although it is increasingly difficult to justify the fact that the public fund allocates such amounts to the celebration of this event. Not even the various studies that indicate that the economic footprint that the test leaves in the area is around 165 million euros seems a powerful enough argument.

Those who sit at the negotiating table with Liberty consider it essential to rethink the pillars of a contract whose base dates from 1991. "The F1 as a product and the one that exists now has nothing to do with it. Television rights of then are the digital now, with platforms like Instagram or Twitter, and that's where we try to understand each other with Liberty, "Joan Fontseré, director of the Circuit, explained to EL PAÍS. “You cannot defend a model when the demands and the realities are completely different. We are talking about a company that comes from the world of entertainment, so they are very aware that the scenario has changed, "added the executive.

Liberty, on the other hand, manages the cards on the table to expand a calendar that should have already been made official in its 2020 version and that in the 2021 version could perfectly reach 23 grand prizes. A couple of months ago the return of Holland was announced more than 30 years later, but the works that must be carried out in the Zandvoort circuit do not seem to be meeting the deadlines. Initially it was anticipated that this appointment would replace the Spanish as the first stop in European territory, although this delay in work may force the race to be delayed for a few months, or it may even postpone it until 2021.