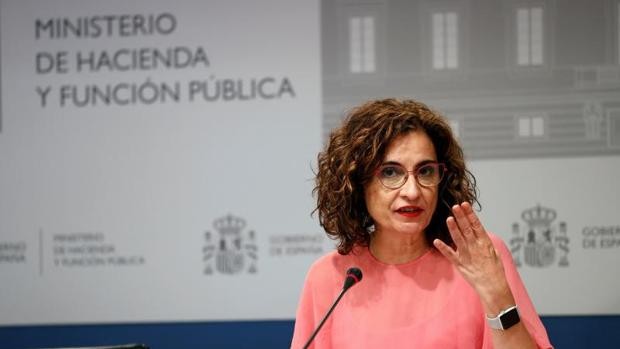 The Minister of Finance and Public Function, María Jesús Montero, assured this Thursday in an interview granted to the EFE agency and which has been collected by various media, that she has proposed to present a plan to rebalance public accounts when they are again In force the fiscal rules that limit the indebtedness of the countries within the European Union. What would not occur until 2023. In Montero’s opinion “now is not the time to talk” about fiscal adjustments and cuts. The demand for the Government to approve a roadmap to channel the high indebtedness of the public accounts is a demand made from business circles, the Bank of Spain (BdE) or the Independent Authority – Spain closed last year with a historical deficit of 11.3% and accumulates – which returned to levels not seen since 2009, at the height of the previous crisis. quBanco de España or the Independent Authority for Fiscal Responsibility (AIReF) as a sign of transparency. Montero has assured that when the fiscal rules are activated – suspended by the pandemic until next year – “a credible plan will have to be presented to Brussels and also to Congress to certify that the Government is on a deficit reduction roadmap and indebtedness. In this sense, he added, effective policies will have to be applied “that do not imply cuts”, but rather improve collection and ensure a ‘rational’ use of public money “. How to avoid another process of ‘excessive deficit’ The minister hopes that by 2023 the process of revision of the European fiscal rules will have already been completed, which the Commission wants to reform to improve its operation. In this area, Montero’s commitment is to leave out of the deficit and debt calculations certain policies for the transformation of the production model, such as the fight against youth unemployment, support for alternative energies or the promotion of the circular economy. Should fiscal rules finally continue in their current terms in 2023, Spain would be forced into a new excessive deficit procedure, since it foresees a public deficit of 4% of GDP that year, above the limit of 3% of GDP. GDP. However, Montero does not believe that this is a failure because “a very reasonable exercise” is being done to reduce the deficit despite the pandemic, while maintaining spending policies to support the recovery. “It was this executive who allowed Spain to exit the excessive deficit procedure” in 2019, he recalled, “and will do so again.”