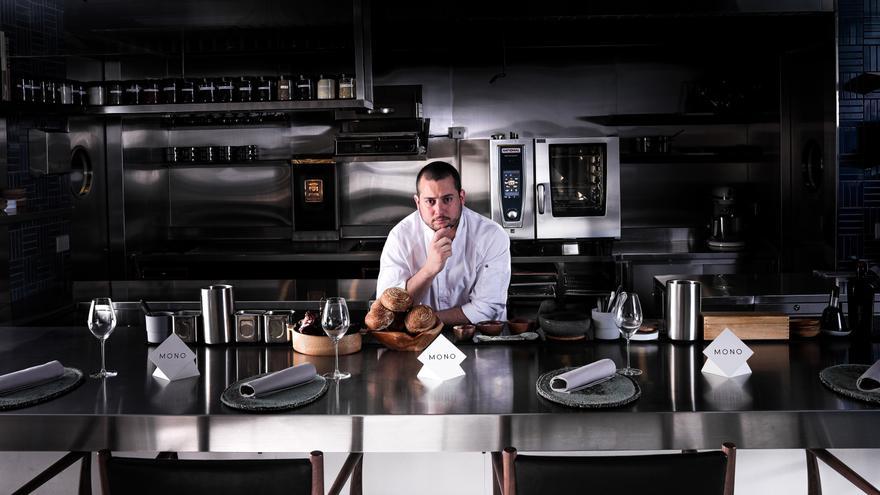 Drafting Culture, Apr 9 (EFE) .- “Something different in a country where there is everything.” This is how Venezuelan chef Ricardo Chaneton sums up the success of MONO (Hong Kong), the first Latin American cuisine place included among the 50 Best Restaurants in Asia since the creation of the ranking in 2013, an achievement to which is added having achieved it just a year after its opening.

Chaneton worked in the three-star Quique Dacosta Restaurant (Denia, Valencia), where he learned “Spanish rigor and technique”, and Mirazur (Menton, France), in which the Argentine Mauro Colagreco instilled in him “French precision” and entrusted him with the opening of one of its restaurants in Sangái.

Out of love and a desire for a change of scene, she moved from France to Hong Kong. Now 33, he has a two-month-old son and MONO, a restaurant that opened in November 2019. “In a very competitive market, a ‘melting pot’ (melting pot), we were right and chose something that did not exist: Latin American cuisine, “he explains in an interview with Efe.

He defines MONO as a “Latin American restaurant with a base, heart, essence and pedigree”, which uses “the French romantic side in product and technique”. He himself grew up in Venezuela between a mixture of European and South American cuisine thanks to grandparents from Colombia, Argentina and Italy, and his passport is Italian.

“South America is very big and I don’t want to limit myself to the cuisine of a specific country. I make Latin American cuisine interpreted by a Venezuelan who has worked in restaurants with three Michelin stars,” he adds.

For this reason, he does not hesitate to bring “the best possible ingredients” to MONO, which translates into dishes such as grilled foie gras with mole and jicama, red shrimp ceviche from Denia with okra from Peru and dessert with chocolate textures.

Cocoa is never lacking in his restaurant because, he emphasizes, for Venezuela it is one of its economic engines. Chaneton ferments the beans, roasts them and makes their own chocolate, something that “hardly any restaurant can boast about.”

It also shows its diners products that arrived from America to Asia through the Manila Galleon trade route from the 16th century, such as jicama, nopales, potatoes, yucca or manioc, but “cooked in a way that they do not know, with the power of the Latin seasoning “.

Something, he stresses, “unprecedented and very different from the rest” in a market “as competitive” as the Hong Kong hotelier, in which “there is everything.”

“MONO is a French-flagged ship traveling from Honkong to South America via Italy and Spain,” sums up Chaneton, manned by 16 people between a kitchen and a 30-seat dining room, although pandemic restrictions now apply.

Since most of the ingredients it uses are imported, MONO was the first restaurant in Asia to partner with ZeroFoodprint, an international non-profit organization committed to building a new food system rooted in healthy soil and receiving one percent of every order. as a “carbon tax”.

In addition, in the restaurant they serve their own filtered water to avoid bottled water, they use recycled textiles, energy-saving lamps and floral decorations are run by a company that works with people at risk of social exclusion.

Music, another of his passions, also plays an important role in the restaurant. To Chaneton, who plays piano and guitar, his father gave him a collection of vinyl that he shares with diners and with whom he likes “good Latin American music” because he has his own list on Spotify.

Hong Kong being an area that “the covid has hit hard on the head”, the chef has launched a food delivery service and a store of unique products under the Stereo By Mono label.

“We have experienced very sad moments for the restaurant, but the ‘delivery’ worked well; it was not a success but we were able to pay staff and suppliers and close without losses. We have also intensified the connection with local diners due to the closing of borders” , aim.