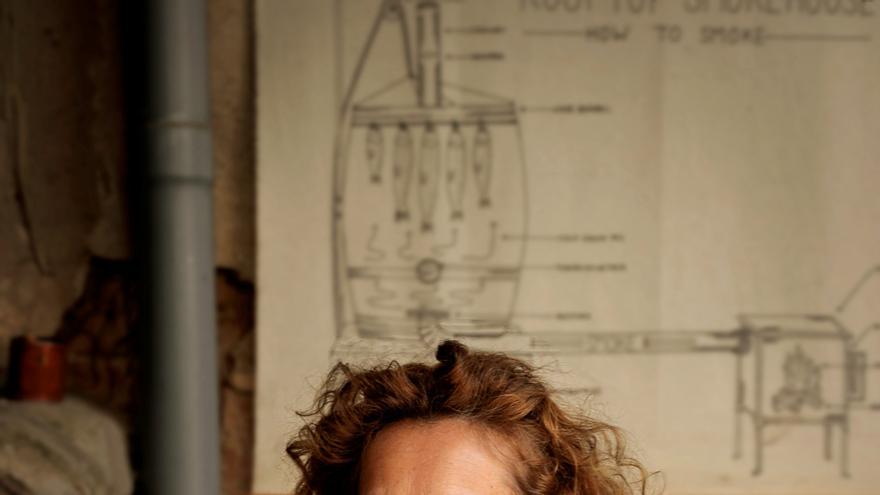 Madrid, May 14 (EFE) .- Her work in caring for minors and families at high social risk took Mónica Rouanet five years ago to a hidden building that once housed a residence for deaf children whose legends inspired her new novel, in which she gives a voice to minors who are marginalized because they are different.

“I don’t hear children play”, edited by Roca, is the title of this mystery novel by Rouanet, also the author of “Wake me up when September ends” and who for more than twenty years has been serving people at risk and social difficulties.

As she recounted in an interview with Efe, in 2017 she was transferred to a building that in the 70s functioned as a residence and orphanage for deaf children, where there were some disused plants.

And he explored these plants while they told him legends of apparitions such as that of the “nun with the bell” or a boy named “Fernandito”, who suffered an accident, and in which there were still intact rooms with made beds, toys and drawings left in the walls of this residence that operated until the early 2000s.

In the novel, the author mixes two times: that of the building while it was a former residence for deaf children, and its later use after being rehabilitated as a psychiatric clinic for adolescents.

Adolescents with addictions, obsessions, emotional dependencies that do not know how to manage and children abandoned by their deafness are the present and the past of the same building, whose upper floors are still inhabited by minors that only Alma, the protagonist of this story, can see .

Alma is a 17-year-old girl who, after a serious car accident, suffers a post-traumatic shock and is admitted to that psychiatric clinic, where she will live with other adolescents.

Among them Luna, addicted to any drug; Mario, who thinks they are spying on him; Ferran, addicted to sex; Gabriela, obsessed with food, and Candela, in permanent crisis.

Rouanet explains that suffering from a psychological disorder continues to be hidden “as if it were something terrible” and that is why he has wanted to bring readers closer to these adolescents, in whom that age in which “the soul hurts” comes together with some difference with respect to to others that makes their situation “terrible”.

Two children hide on the upper floors of the building so that they can continue living where they have always been since they were abandoned for being deaf. Two children who interact with Alma and of whom it is not known if they really exist or are only imagined by the young woman.

“You never know if it is fantasy or reality”, indicates Rouanet, who admits that he loves to play with the reader, but always mixing this plot with the social problem suffered by his protagonists.

The author considers that there should be greater psychological support for young people and children, especially at present, since with the coronavirus pandemic, consultations with specialists have grown a lot.

“From having two or three on the waiting list, we have gone to ten or twelve,” says Rouanet: children with hypochondriacal and identity problems, who have lived for months only related to their family and to social networks in which contact is lacking verbal.

“There are cases of insecurity, anguish, crisis and depression,” says the writer and social worker, who also underlines the situation of children born during the pandemic, since January 2020, who have spent months without interacting more than with their family closest.