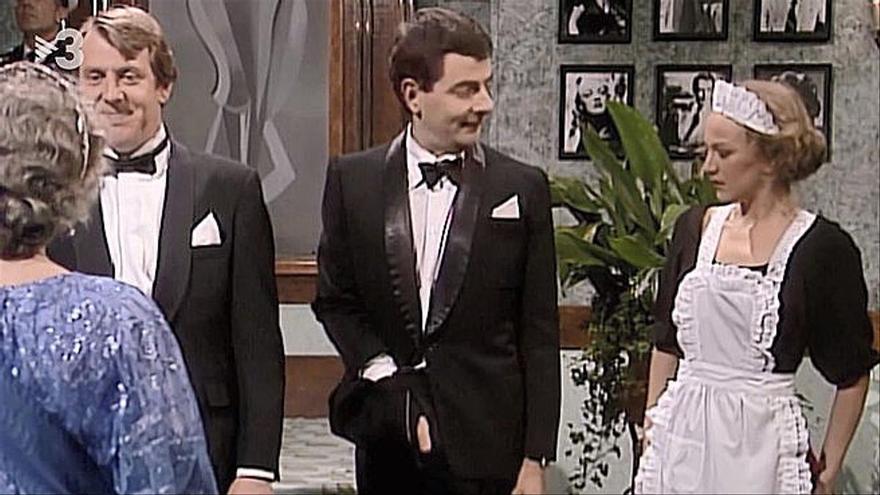 I celebrate and applaud that TV-3's 'Sense ficció' has dedicated a theme night to Rowan Atkinson, known worldwide as Mr. Bean. Not only have we returned to enjoy his 'sketches', it has also helped us to compare the humor that was staged on TV in the 90s and the drift of the false television humor of today.

The 'gag' of the Queen Mother, originally broadcast in 1990 and in Catalonia the following year, that hilarious scene of salutation to the Queen of England in which Mr. Bean appears before her with his fly open and also with the peanut sticking out - which was actually a finger on his right hand - today it is unthinkable to see it on TV. Those were those years when on TVE Javier Gurruchaga, for example, he made 'Viaje con nosotros' and took out the double of Felipe González, the French actor, achondroplastic, Hervé Villechaize, and in view of the fact that the character was afflicted with dwarfism and was barely 122 centimeters Gurruchaga told us: "Power wears out, it is obvious, here you can see it, the Prime Minister has worn out!".

Ahh! Today the only humor to which we can aspire is the rupestrianism of La vieja del visillo. In this compilation, Rowan Atkinson himself warned that he found his formula, his stamp of humor without words, watching Jacques Tatí's films. The silent gestures of that Monsieur Hulot of the 50s inspired him to create Mr. Bean. In our national telehippodrome, television being fundamentally a moving image, curiously little work has been done on the gesture. Prime the word. The joke. The joke. Lately mockery and mockery abound, often in the key of a political trench, that is, in the service of an ideology. They still call it humor, but it is a warlike substitute, at the command of a little flag.

That same night of tribute to Mr. Bean on TVE-1's 'La noche D' they also analyzed the humor and remembered Chiquito de la Calzada with affection. Ah! Chiquito, still basically working with the word, and recreating the language with great invented expressions, was also accompanied by a very original gesture. Manolo Sarria, from the 'Pencil Sharpener Duo', said that once he met him on a plane and Chiquito told the commander of the ship: "Don't run and don't fly too high. There is no need". It was very big Chiquito.