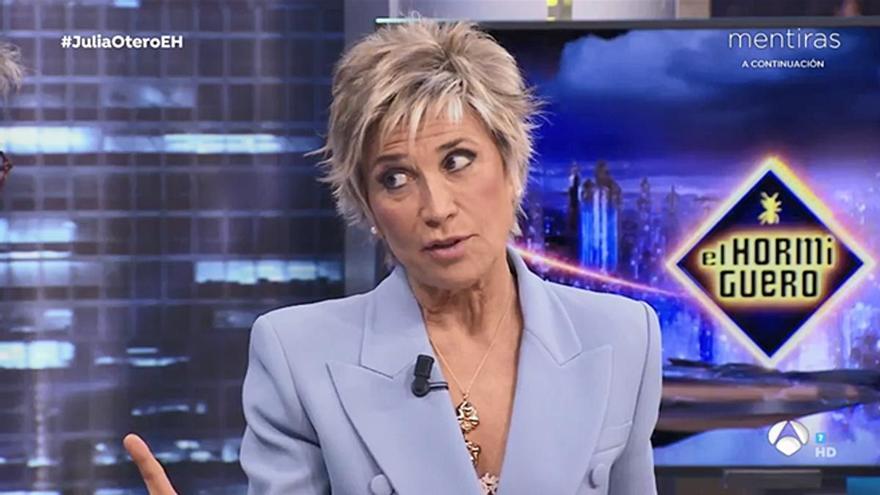 In 30 years that I have been glued to the television glass, I have never seen, with such impeccable execution, the chronicle of a disease told by the same person who suffers from it. I'm talking about Julia Otero in 'The Anthill' (A-3TV). Without pretense or sappy sentimentality, without even drama, but with the emotion of an excellent human didacticism, he told Julia his own chronicle of how he is experiencing the cancer that came on him suddenly a year ago. He counted the first day of chemotherapy. The first session of that poison that was injected through the subclavian to kill all the cancer cells that may be in his body. "They are selfish, immortal and traveling cells. They are evil. They are traitors. They travel, flee, to infect another area."

oh! What metaphor can be derived from this explanation? Paul Motorcycles. Is right. Every social body has its egoistic cells that lethally poison the whole. also counted Julia what happens to the good cells: the venom blast kills a lot of them too. They sacrifice themselves for the common good of that sick human body. Another metaphor that can be extrapolated socially. continued explaining Julia that this first session of chemotherapy produces other effects in the soul. Deep and intense fear. The whole body trembles. "I was told that at that moment your whole life flashes through your mind in an instant. The unlived life happened to me, the one I've dreamed will happen". He referred Julia to that tremendous anxiety, so human, of not knowing if what you have dreamed you will do in the future, you will be able to see it. In other words, the uncertainty of whether death is knocking at your door.

Unquestionable value and social utility of this chronicle of cancer of the Julia Otero told by her own Julia Otero. It has been the voice of the thousands who have also suffered and overcome it, or still suffer from it, and who do not have a camera, a microphone, to do so. At one point, she told the story of the taxi driver who took her to 'El hormiguero'. He told her, recognizing her by the vividness of her eyes: "Take off your mask, please. I want to see how it is, how it turned out." That taxi driver was a fan, an admirer. He said it with the best of intentions. Julia, with or without a mask; Front and profile; outside and inside; on TV, on the radio, and in everyday life, she's still great.