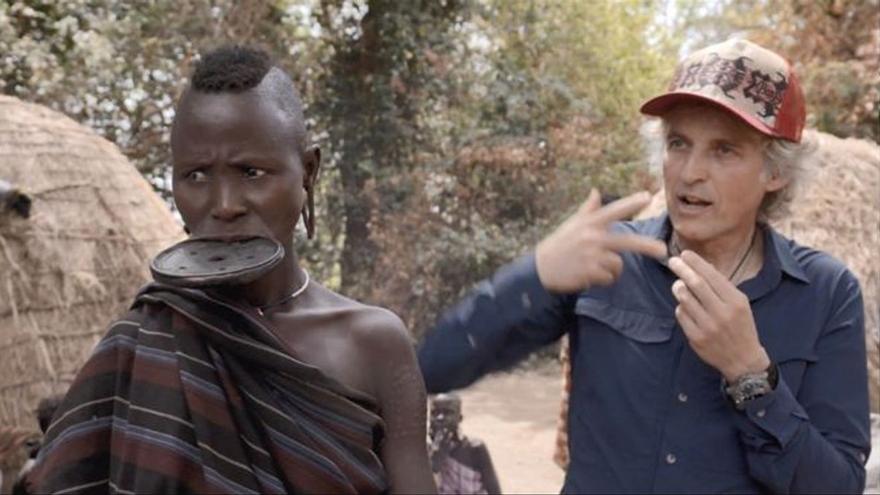 That way of watching that TV sometimes has. That way of approaching those who are different. Those television 'tournées', safaris in search of the creature that seems impressive and picturesque to us. That use of the camera as if it were a shotgun. I'm talking about the new season of 'Planeta Calleja' (Cuatro) that has started taking Jesus Calleja to the actor Santi Millan to go on a 'tour' of Ethiopia. "I'm going to take you to see the Mursi, one of the most violent tribes," he told her in an overwhelming tone. And when he arrived, he highlighted Lane that those Ethiopians, when they antagonize a neighboring 'tribe', kill each other. Man, all things considered, it's nothing exceptional.

We, the civilized of the first Western world, have been doing it for centuries as well. Circulating through the town, the camera stopped at the staff. called attention to Lane teeth. They made them open their mouths. "Why are they missing a bottom tooth?" he wondered intrigued, as they offered us close-ups of their mouths.

oh! I have seen at the interesting livestock fair in the town of Dolores (Alicante), do the same with the mules and horses that are for sale. But what most subjugated Lane It was the women who wore a plate inserted in their lower lip, that type of 'piercing' that the Mursi practiced long before that word was invented and became fashionable.

The camera drilled into the mouth of the young woman with the plate, visually taxidermizing the moment, and it reminded me of those photos of the great capitals of Europe when tents full of indigenous people were set up and visited by citizens like someone visiting a zoo. Or they dissected them, like 'The Black of the Darder Museum' in Banyoles, today fortunately removed from the display case and buried in Africa, although some say it was in the wrong country.

This article that I am writing hurts me because Jesus Calleja he is not a predator, nor a hunter of people. I have always celebrated his travels, his human respect, and his impeccable disclosure of the landscapes and nature of the planet.

This time, however –and I am sure that without intending it– that way of looking at 'the indigenous' has seemed devastating to me. The program looked at the Mursi people exactly as it later looked at the pink pelicans of the Great Rift lakes, and at the hippos. And that's what I complain about.