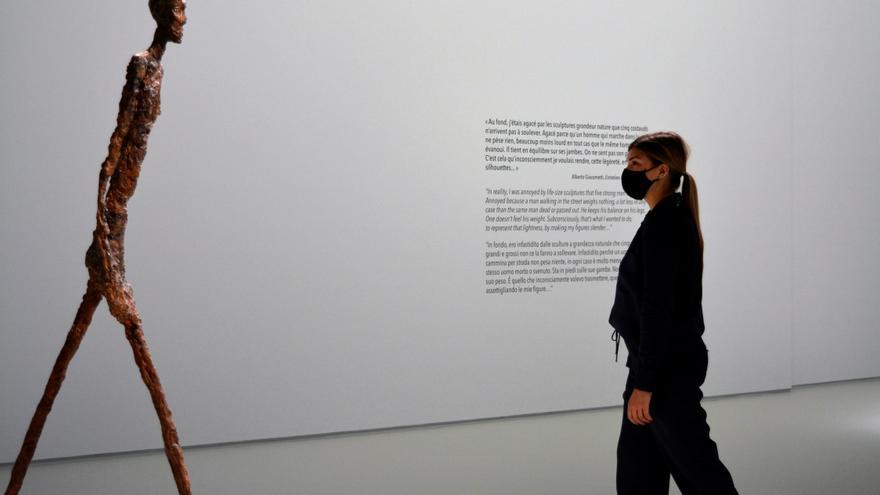 Monaco (Monaco), Jul 3 (EFE) .- The vast work of the sculptor Alberto Giacometti is exhibited from this Saturday at the Grimaldi Forum in Monaco through a large retrospective with 230 works, including from watercolors of his youth to his iconic creations, such as the "Walking Man".

"Giacometti is an artist we think we know, but we don't know him that well, especially when we have the opportunity to see all his work from beginning to end," the exhibition's curator, Emilie Bouvard, explains to EFE.

This retrospective, in collaboration with the Giacometti Foundation, proposes "iconic works", such as "Spoon Woman" (1927) or "Woman with a car" (1945), but also "rare and less known works", such as his paintings, drawings and engravings.

The exhibition, which will be open to the public until the end of August, is divided into fourteen spaces in which the evolution of the Swiss artist can be seen from a cubist and abstract style to a surrealist one, in which heads are the protagonists.

In the sculptor's work you can see references to the great struggles of the 20th century, as in the plaster figure "The invisible object" (1934-1935), inspired by a gas mask from the First World War to give shape to her face.

This feature is also observed in his famous "Walking Man" (1960), the culmination of this exhibition. It represents "the man who recovers from World War II (...) a figure of resistance that refers to the man who builds his life by walking," says Bouvard.

The 2,500 square meters of the enclosure at the Gimaldi Forum play a fundamental role in this retrospective, since "all of Giacometti's sculptural work is carried out around space, as well as the distance between the viewer and the sculpture," he adds. .

A WORKSHOP OF 24 SQUARE METERS

One of the peculiarities of this exhibition is the recreation of Giacometti's small workshop, measuring 24 square meters, located at 44 Hippolyte-Maindron street in Paris, and which -according to Bouvard- "allows the viewer to really understand what happened there".

"We came up with this interesting idea of ​​creating an immersive space because we believe that it is an even more intimate way of approaching the creation of Giacometti," says the curator and scientific and collections director of the Giacometti Foundation.

It is a set of images that are projected on the walls, accompanied by a background sound that evokes anecdotes, testimonies and dialogues between Giacometti and the Japanese philosopher Isaku Yanaihara, one of the author's most relevant models.

The exhibition also mentions the influence of nature on Giacometti's work.

Born in Italian-speaking Switzerland, his first impressions as a child were the mountains of the Alps, evidenced by his watercolors of adolescence and photographs of him on excursions with his family.

This aspect carries over into the series of rough-surfaced rock busts modeled by the artist from the 1950s on.