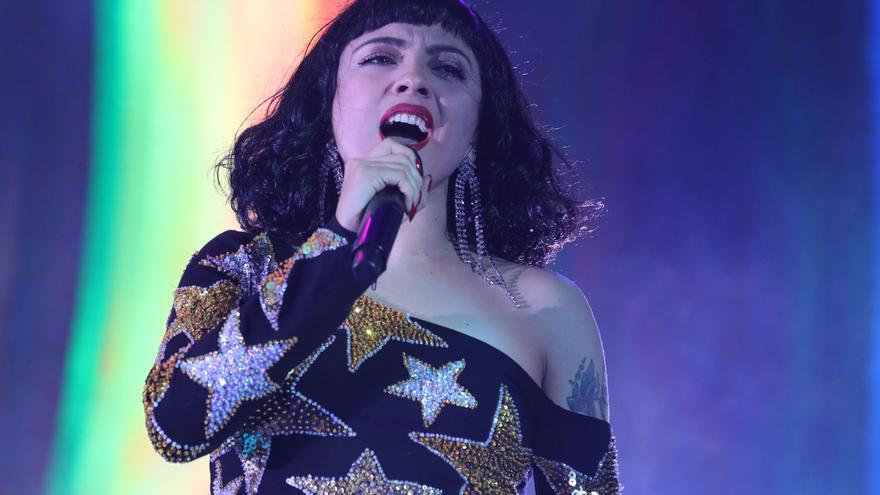 Mexico, Apr 7 (EFE) .- The Chilean Mon Laferte and the Mexican Gloria Trevi joined forces and mixed their styles in the song “La Mujer”, which was released this Wednesday to the surprise of the followers of both artists.

“The Woman” is a very explicit theme of spite that is in the middle of the songs that the two usually interpret.

Throughout the song, various sets are developed in which both appear, among which is a giant cloth vulva, with styles that adapt to the type of clothing and accessories that each one usually wears.

“Yes … I am that woman … but in the end everyone will love me … this Wednesday #lamujer with the incredible and sensitive,” Trevi wrote on his Instagram profile hours before the song was published, as well that Laferte shared a countdown and images of the rehearsals.

Both artists are very successful in their respective styles and share the female empowerment that they inspire in many of their followers.

Laferte (Viña del Mar, 1983), author of hymns such as “Lack of love”, is the Chilean singer with the most nominations in a single edition of the Latin Grammy Awards, as well as the second to obtain a greater number of these awards.

The single “La Mujer” will be part of Mon Laferte’s next album “Seis”, which will be released on April 8 and which is inspired by Mexican folklore, which includes a great variety of genres of which, he said on many occasions , has been falling in love at the same time that he can see matters in which he must evolve.

“What I would like is that the speech I want to give is not outside this genre. I think that maybe there are a lot of girls (girls) in Sinaloa who make music and would love to play a band and they don’t because it is not well seen or whatever, and then they have to play another genre of music to fit in, “he considered in an interview with Efe in February.

For his part, Trevi (Monterrey, 1968), with ups and downs in his career and personal life, is one of the most recognized artists in Mexico, and hits like “Dr. Psiquiatra” continue to sound in the streets of the country, on radio stations. and in many houses.

In addition, their messages are usually accompanied by positivism and strength.

“Never give up. We are going through very complicated times for many personally and also economically, but do not give up. Look, because I believe that almost in front of you you can have the answer to your problems and in the dark you have to put the sight in that ray of light, “he said in an interview with Efe in February.