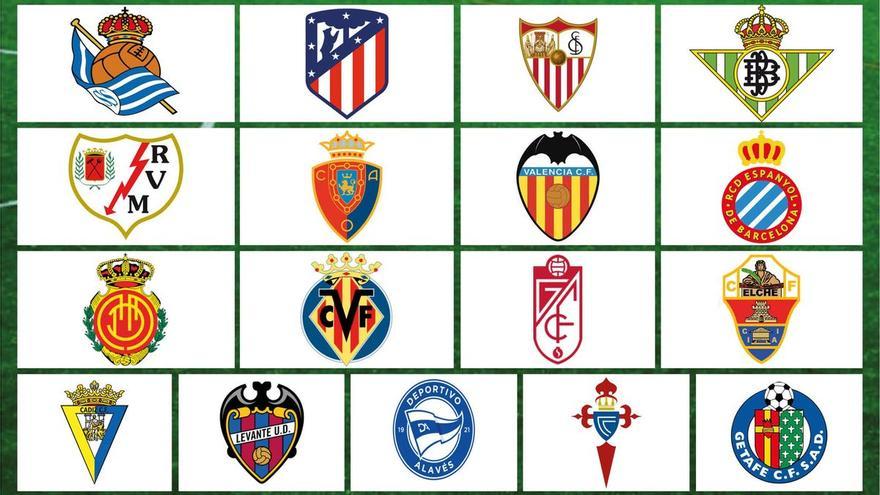 The 17 clubs LaLiga Santander who signed and approved LaLiga Impulso – Real Madrid, Barcelona and Athletic rejected the agreement – are announcing the plans they are preparing to invest the money from the agreement with CVC. The capital injection, pending the signing of the definitive contract with the 39 clubs that did accept, will reach the teams in the coming weeks.

The Royal Society has planned works in the sports city of Zubieta, where it will build a mini-stadium of 4,000 spectators for the subsidiary -which this year competes in LaLiga SmartBank– and the first women’s team. The txuri-urdin, owned by Primera Iberdrola, will also have a new building that will practically be for the exclusive use of women’s teams, both soccer like field hockey. In addition, it is proposed to allocate part of the income received to the development of a hub for the diagnosis and control of injuries, as well as an innovation laboratory in the sport.

For his part, Seville will allocate the money that it receives fundamentally for the renewal of the Ramón Sánchez Pizjuán Stadium. The objective of the Club with respect to the stadium is to have the economic feasibility studies and preliminary draft of the reform of the current stadium or a new stadium on the current grounds completed by the end of 2021, based on a project to expand the current capacity and improve the existing commercial uses and hospitality areas. In the sports city, the money from CVC will accelerate its project and for this, additional studies are currently being prepared for the creation of a package of club offices and the closure of the Jesús Navas stadium. Additionally, the club is studying the acquisition of new land for the expansion of the sports city in order to have more surface area for smaller teams, women’s football, academy and complementary sports uses operated by third parties under a concession or rental scheme.

The Atlético de Madrid will work to develop its sports city in the surroundings of the Metropolitan Wanda. A project that will have different facilities for the first team, the high-performance teams of the Academy, for the residents of the adjoining neighborhoods, as well as different sports and leisure offers for athletic fans and a forest park and a green corridor from which all Madrilenians will be able to enjoy. The rojiblancos will also continue with the improvements in the Wanda Cerro del Espino Sports City while in the digitization section they will develop the Cashless Stadium and the creation of an App of the Wanda Metropolitano, among others.

The other Sevillian team, the Betis, plans to remodel its stadium and build a new sports city in Dos Hermanas. The Verdiblanca entity thus seeks to continue with the growth of its base and offer a better service to its youth players. It is a first phase, which will allow them to concentrate all their training activity in the same facilities and which consists of the execution of the mandatory elements of urbanization, roads, and parking lots, 11 football fields, 7 football fields, training fields specific, covered stands and rehabilitation of existing building as a multidisciplinary building.

The Vallecano Ray will use 70 percent of the money received in the improvement of current facilities and in international, brand and product development plans, communication strategy, innovation, technology and data plan and content development plan on digital platforms and social networks.

The Osasuna will allocate a large part of the income to its sports city: Tajonar. It will first invest in the repurchase of some adjoining land, which will allow it to increase the surface area of ​​the sports complex by 70%. The entity wants to create a specific zone for the first team and a new mini-stadium for the subsidiary and the first women’s team.

With respect to Valencia, the majority of the investment will go towards the end of the New Mestalla, whose works have been paralyzed for 12 years. A technological stage is intended, with the capacity for adaptation and development in the future, if all the investments could not be made initially. Likewise, the Sports City will continue to be renovated. Among the projects indicated by the club are also the strengthening of its international channels, especially in strategic markets, and promoting the VCF Media Lab, with new spaces and equipment that allow it to generate quality and innovative content.

The Spanish will improve both your stadium and Dani Jarque Sports City and values ​​the construction of a new sports city, as well as the acquisition of a new official store among other actions.

Regarding the Villareal, everything indicates that they could invest it in close the stadium roof and finalize the reform started a few years ago.

In the case of Majorca, the club is working on a plan to decide where it will be allocated, primarily to the stadium, although projects are not closed. They will also apply something to the sports city.

The Alaves For its part, it intends to allocate part of the CVC funds to improving the field and lighting it, in addition to improvements in Mendi Berria. The club also wants to develop a project to expand the sports city and fields of Ibaia and invest in the residence for athletes and in the improvement of the official store in the city center.

Regarding Celta from Vigo, will allocate most of the amount that corresponds to its sports city, while Cádiz will invest most of the funds received in the expansion of its sports city of El Rosal as well as in the improvement of the facilities of its stadium.

The grenade aims to renovate the Cármenes, with a conversion of the office area into commercial spaces, trying to open spaces with windows to the field that allow the organization of different events taking advantage of the sports, cultural, tourist and student fabric of the province. According to the Sport City, commitment to Increasing the number of fields and installation of spotlights to increase the number of hours available in the fields, as well as the construction of a residence for the first team with the aim of facilitating coexistence and reducing the carbon footprint by reducing the displacements and a residence for quarry / campus.

The Elche will allocate the investment to comprehensive modernization of the Martínez Valero, as well as the construction of a sports city while in the case of Levante, the remodeling of the Ciutat de Valencia, with the first phase built, is the most relevant destination of the funds, but also the new sports city, one of the projects strategies that the club has been working on in recent years. Finally, Getafe wants to allocate part of the funds to the improvement of the stadium and its facilities and the improvement of its sports city.