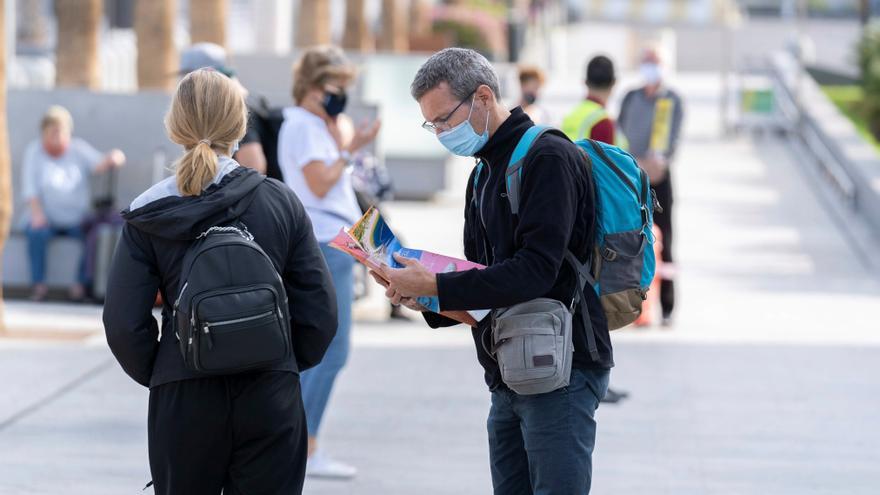 In August 2020 there were 321,496 tourist homes advertised in Spain. Six months later, in February 2021, 294,698 (almost 27,000 less). Barcelona, ​​Girona and Malaga were the provinces where more advertisements 'disappeared', while in the province of Las Palmas there was an increase of 190 advertisements. Pandemics aside, February is high season in the Canary Islands and there is an increase in homes put up for vacation rental.

The INE has published its second wave of data on tourist homes. They are not license numbers, but more in line with reality. The agency tracks the main portals in the sector - Airbnb, Booking and Vrbo -, eliminates duplications and calculates the number of ads and their total capacity, the places available in each one, whether they are homes with or without a license.

In August 2020 there were 1.6 million places advertised; in February, 130,000 less. The photo is not fixed and will change depending on the month of the tracking, depending on how many people decide to put a house (or a room) on the market. One limitation of these INE data is that the series begins in a pandemic, so we cannot compare with how many tourist homes there were before. In 2018, elDiario.es calculated from DataHippo data that there were 238,420 active accommodations.

The data suggest that the restrictions on mobility in recent months - both national and international - have caused a decrease in the number of homes advertised. In August 2020 there was already a coronavirus, although mobility was free throughout Spain and foreigners could enter without PCR. That month 2.5 million international tourists arrived in Spain, compared to 10.1 million in 2019. National tourism fell, but not by much: only 17% throughout the summer. Despite being a black moment for the sector, tourist home owners had some market thanks to the Spanish.

In February of this year, hardly any foreign tourists came (less than 300,000, compared to 4.3 before the pandemic) and domestic tourism was limited until the end of the state of alarm, when we recovered mobility between communities. The data that best reflects the fall in national tourism are those of the hotel tourism situation, which show a decrease of more than two million national travelers in February (from 3.6 million pre-COVID to 960,000 this year). Tourist home owners have had fewer opportunities to rent their homes.

The municipalities with the highest percentage of tourist homes out of the total number of homes are Búger (Balearic Islands), Sales de Llierca (Girona), Adahuesca (Aragon), La Oliva (Las Palmas) and Pollença (Balearic Islands). More than 20% of their homes are advertised on one of the aforementioned portals. In this case, the limitation of the data is that the total number of dwellings comes from the 2011 census, which will not be updated until this year.

The INE also breaks down tourist dwellings by districts in large cities. All the districts of Madrid and Barcelona have registered a marked decrease in advertisements except the Madrid-based Carabanchel, which in February had 1.8% more tourist homes than in August 2020 (from 566 homes to 668). The districts with the lowest falls are Puente de Vallecas (521 homes, 2.4% less than in August), Chamartín (478 homes, 6.1% less), Sarrià-Sant Gervasi (702 homes, 6.6 % less) and Ciudad Lineal (497 homes, 6.6% less).