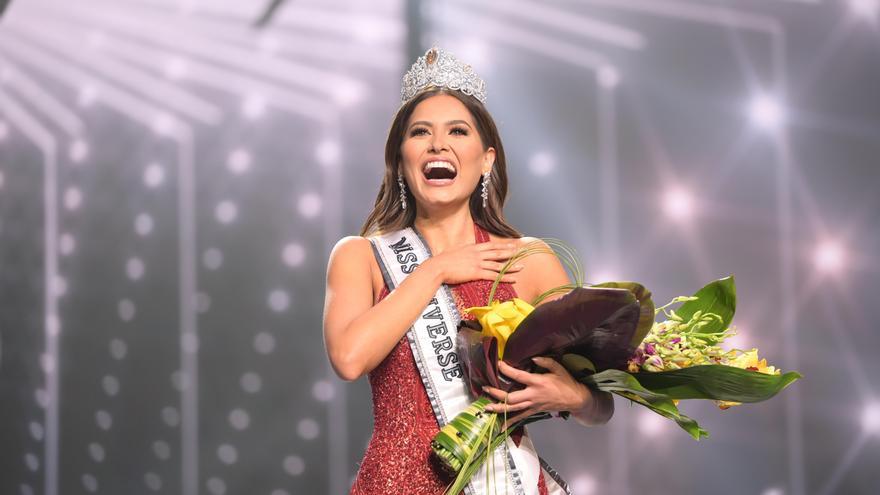 Miami, May 17 (EFE) .- Mexican Andrea Meza, crowned Miss Universe on Sunday night at a hotel in South Florida, wants to dedicate her reign to raising awareness against gender violence, an issue that makes it “uncomfortable” to the people, but which he thinks it necessary to talk about

In her first message as Miss Universe, Meza, 26, a native of the northern state of Chihuahua and a computer engineer, in addition to shouting ¡Viva México!, Said she feels she has fulfilled a dream she had for many years.

She is the third Mexican Miss Universe – Lupita Jones and Ximena Navarrete were before her – and before this contest she was a finalist for Miss World.

The most beautiful woman in the world confessed that when they announced that she was the winner, she couldn’t believe it was real. “I never thought I was capable of doing it,” he said at the start of a press conference after midnight.

Meza, tall, with dark brown hair and a wide smile, stressed that the message she wants to give is that we are all capable of achieving what we propose, if we fight for it.

The Mexican was imposed on the representatives of more than 70 countries stomping from the beginning.

She passed the 9 o’clock screen, then the ten o’clock and then the five finalists and finally competed with Miss Brazil, Julia Gama, for the first place.

The Peruvian Janick Maceta was the second runner-up.

The Latin beauty stood out in the contest, with a majority of representatives from the region in all the selections that were made.

Of the last five selected, only one, Miss India, was not from Latin America.

Meza pointed out, already in Spanish, that the problem of gender violence is “so ingrained in our society” that it is seen as “normal.

It is an issue that “makes people uncomfortable” but that she intends to air from the “platform” of her reign as she did during the entire process of the contest, which was not held in 2020 due to the covid-19 pandemic.

The new Miss Universe said that the first thing she thought about when she found out that she was the chosen one was all the people who gave her their “unconditional support” and believed in her and thanked them and said she was looking forward to speaking with her mother on the phone.

According to her, she was unable to travel to Florida due to having recently undergone surgery for a brain tumor, but she celebrated it at home at a large party with family members, but they were with her at the Hard Rock Cafe & Casino hotel in Hollywood. , 30 kilometers from Miami, his father and sister.

Andrea Meza was crowned by Miss Universe 2019, Zozibini Tunzi, from South Africa, whose reign was lengthened by the pandemic.

One of the questions she had to answer during the final phase of the contest was what she would have done to control covid-19 if she had been the head of state of her country.

“I would have closed the country long before what was done, and now I would be taking better care of citizens, because we have lost many people and we cannot lose more,” said Mexican Andrea Meza, in a response that convinced the judges and gave her an advantage over her peers.