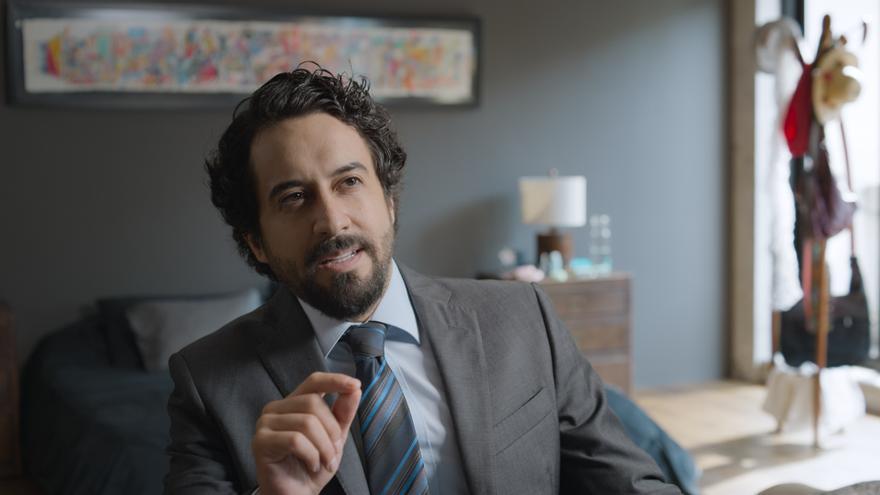 Mexico, Dec 14 (EFE) .- The workers of the Kuri Shoe Stores return to the screen to show how they have carried out the quarantine from the “Home Office: a special of the comedy” Mirreyes against Godínez “in a different format” that allows interaction with the public “, Diana Bovio tells this Monday in an interview with Efe.

One year after the hit movie “Mirreyes contra Godínez” was released in theaters, the characters played by Regina Blandón, Diana Bovio, Michelle Rodríguez, Daniel Tovar, Christian Vázquez, Roberto Aguirre and Gloria Stalina, will face the challenges of that the world has gone through having to work remotely.

“Our producers told us that they wanted to do something about the pandemic because they know that ‘Mirreyes contra Godínez’ is a project that people love, identify with and love the characters, they believed it was a good time to reconnect with the public,” he says Bovio, who plays Nancy.

The one-hour special will arrive on Amazon Prime Video on December 18 and according to its actors, it seeks that people reflect on the characters, who will live the adversities of being locked up in their homes due to the pandemic.

From the first cases of coronavirus in the country to the involuntary confinement, “Home Office” takes a look at the most notorious events in the news in recent months, but all with a touch of humor.

“On this issue of coronavirus we try not to make fun of those affected, but to reflect what is happening to all of us and I think that there is the comedy and say ‘that happened to me too'”, highlights Daniel Tovar, who plays the boss Genaro.

That is why through the format of a mockumentary, the personal lives of the characters will be exposed and it will be possible to see how they have adapted to the so-called “new normal”.

“The mockumentary format arises from the need to enter the houses of these characters and it was only possible that way,” says Tovar.

“It is a very fun format that allows you to interact directly with the public and that almost does not happen in the cinema, here you can break a little what in theater is called the fourth wall that is the public and in this case it is the camera of the documentary makers, “adds Bovio.

In the special we will see Michelle Kuri (Regina Blandón) happy with the achievements the company has achieved but addicted to online shopping, Nancy (Bovio) will find new opportunities for the business and Shimon (Alejandro de Marino) will not stop leaving nor to play video games.

For her part, Gloria (Michelle Rodríguez) will have to adjust to being a receptionist with a lot of free time while Rich (Roberto Aguirre) and Sofi (Stalina) will deal with loneliness.

In addition, although there is still no news of a second part of the film as such, in this special the character of Bovio will have a very important personal twist that seems to announce a possible continuation of the story.

“We do not know anything about a second film, we would love it because we love this project and we have a lot of fun working, hopefully”, says the actress of “The sins of Bárbara” (2020).

The project also features the participation of Memo Villegas, best known for his role as the Lieutenant in the comedy series “Backdoor” (2019) and Carlos Ballarta will also have an appearance in his role as El Tímido to help Conan (Christian Vázquez ) on a mission.

“I think the most valuable thing about our work is knowing that we can support people now that we all have to be locked up, it is our way of accompanying them,” Bovio closes.