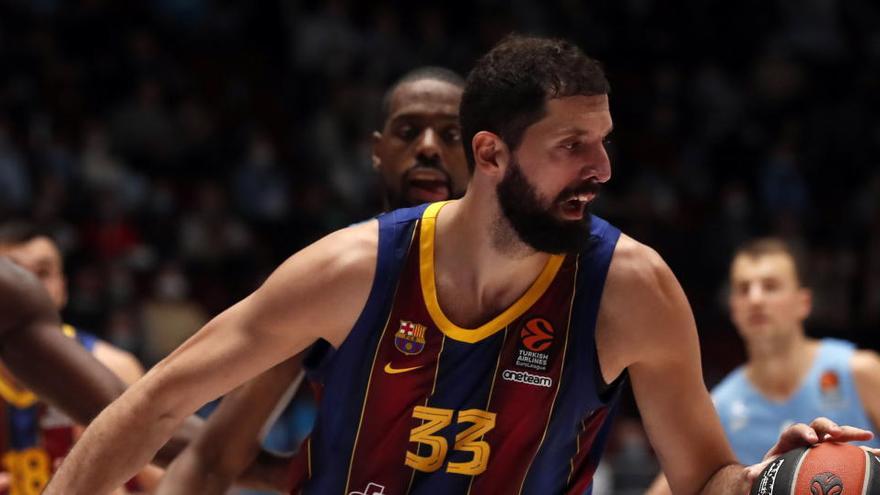 The star of Barça of basketball Nikola Mirotic is the player who had tested positive in the last tests of the Barça squad and that the club had kept anonymous by express wish of the player. “I want to tell you that I have tested positive for covid and unfortunately I will not be able to be in today’s game“, explains the power forward of Montenegrin origin, nationalized Spanish, making public information that in the next few hours would have been revealed, since Barça will play this Tuesday night in Valencia on the third day of the Euroleague (9:00 p.m.).

I want to tell you that I have tested positive for COVID19 and unfortunately I will not be able to be in the game today. I feel fine and am following the medical indications. I want to wish my teammates good luck, I will support them from a distance! #ForcaBarca

According to all indications, the player was infected in the meeting last Friday in Saint Petersburg, against Zenit led by Xavi Pascual, a team that today has 19 cases on its staff, between players and coaching staff, and that he has been forced to request a postponement to the European double day this week. The Russian team had to face the Baskonia and Valencia (Thursday) but does not have enough players in the squad to be able to face them.

Mirotic’s positive comes a few days after the infection suffered by Barça coach Sarunas Jasikevicius in the match of the first day against CSKA, That prevented him from traveling to Saint Petersburg, and from which he is fortunately already recovered, so this Tuesday he will sit on the Barcelona bench.

Hart: “I had always dreamed of this triumph”

Tamaraceite draws against a Linense with one less