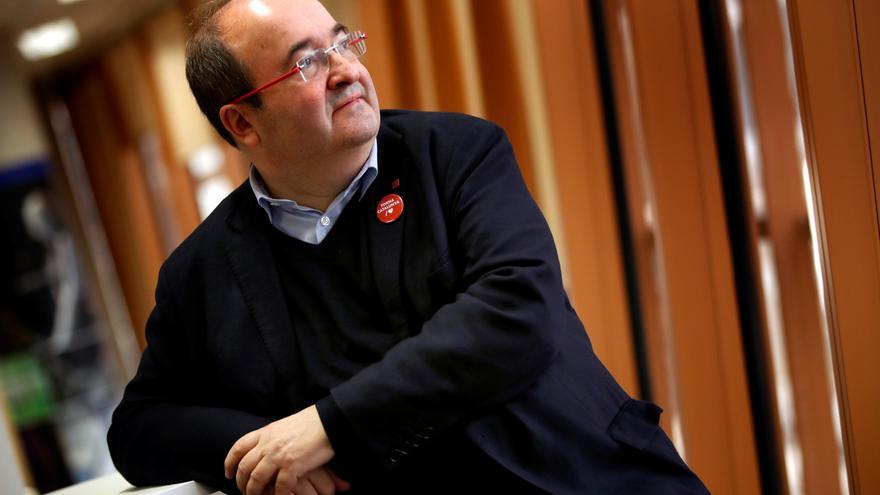 Miquel Iceta was not too attracted to the palace life of Madrid. When Pedro Sánchez proposed to him to become president of the Senate, he accepted it without much conviction and making it clear that he was not abandoning his positions in the leadership of the PSC. That operation did not go, so he was able to continue dedicating himself full time to what was his great project: leaving Catalan socialism in a position to win an election that would turn the page of the process. I had said it in the last congress of his party: “We have established ourselves as the second Catalan party and we are ready to be the first.” In recent months, Iceta has shown that he is willing to do anything to turn that aspiration into a reality, even giving way to Salvador Illa, who was his disciple and has become a candidate who the polls predict a great result.

After 35 years in public office, Iceta can almost say that he has been everything in politics except minister. On the other hand, he has been a member of a government, specifically director general of the presidency in the last stages of the government of Felipe González. But the great career of the young man who entered politics from the hand of the Catalan current of Tierno Galván ended up being made in parliaments. Iceta has been recognized by his adversaries as a good deputy, an enviable orator, with a reputation for calculating and a good plumber. These talents served in Congress as a deputy of the opposition in Aznar’s first legislature and then in the Parliament of Catalonia without interruption from 1999 until December.

Born of a marriage of a Catalan mother and a father from Bilbao, he of Basque and Republican nationalist convictions, Iceta’s first position was as a councilor in Cornellà. There he established a relationship that he has never lost with the powerful PSC of Baix Llobregat, very close to the local world but with a huge rise in the party. However, Iceta was always careful to identify in public with any of the currents that often battled in the party in the 1990s and early 2000s. She preferred to remain in a discreet background that nevertheless guaranteed her a better position to what he has always enjoyed the most, behind-the-scenes negotiation and political strategy. That taste for going unnoticed did not prevent him from going down in history in 1999 as one of the first Spanish politicians to speak openly about his gay sexual orientation.

Well considered in the Ferraz de Zapatero, in 2008 he ended up occupying a chair in the executive of the PSOE and became a bridge between Madrid and Barcelona at a time when the first tripartite seemed to have been about to break them all. His arrival as the first secretary of the PSC was almost by default. In the midst of a huge crisis of Catalan socialism, worn out by the management in the Government, the failure of the Statute and the polarizing outbreak of the procés, the leadership of the PSC of Pere Navarro resigned in 2014 and no one in the party enthusiastically launched to take the steering wheel of a formation that was bleeding.

Iceta then appeared as a man willing to sacrifice himself and sit in a charred chair. His first decision was to try to stop the internal bleeding and cut his losses with the trail of internal critics, almost always from the Catalan wing, who advocated that the PSC support a referendum. The new leader’s recipe was rather the opposite. He wanted to position the PSC as a pragmatic force capable of negotiating with almost anyone, but clearly aligned against any secessionist drift. He also believed he had the key to avoid being accused of ambiguous: to get the PSOE to embrace a federalist program.

Along with this national commitment, Iceta always understood that the natural space of socialism was a center-left that had as its preferred partner the ‘comuns’ in Catalonia and Podemos in Spain. He himself promoted the two agreements that Ada Colau made with Jaume Collboni to form a coalition in the Barcelona City Council. He also thought that the independentistas were a valid interlocutor and that it was even possible to agree with them if they accepted a clear program without concessions to their national agenda. The Iceta PSC, as of 2015, was characterized by the versatility and diversity of municipal agreements, being able to govern with the ‘comuns’, with ERC, with Ciudadanos, with the PP, with Convergència and its successors and even with the CUP.

That is why it is not surprising that in the darkest moments of Pedro Sánchez, when the Federal Committee chose to oust him as secretary general, considering that he had planned an investiture with Podemos and pro-independence votes, the current president of the Government found a faithful ally, practically the only baron, the first Catalan secretary. Iceta had a personal affinity with Sánchez, but above all he fit in with the project he represented. Nothing could be worse for the PSC in Catalonia than to be considered a subordinate party of the PP, Iceta thought, so he gave the order to his deputies to disobey Ferraz’s mandate and vote ‘no’ at the investiture of Rajoy in October 2016.

A year later, in the middle of the political storm due to the procés and after having supported the 155, the PSC saved the furniture in the elections more polarized Catalan women in memory. Iceta grew up then and began to act as the leader of the ‘de facto’ opposition in the Parliament, a position that he consolidated thanks to the departure of Arrimadas in May 2019. During the last legislature, Iceta stood out as a skillful deputy at the lectern and in the office, elegant and cordial in form, but tough and implacable against independence. He was the voice that Moncloa listened to the most to understand the Catalan labyrinth, one of the leaders who most clearly saw the benefits of a coalition government with Pablo Iglesias and the greatest supporter for Salvador Illa to become a minister.

“I want to be president of Catalonia,” the experienced politician stated resoundingly a year ago. The first socialist secretary did not want to leave the Parliament because, as in 2014 when he took the reins of the PSC, he believed that it was there where he could most help his party. But a poll last August began to change his mind. Ciudadanos was on the decline and, meanwhile, Illa had become a popular minister among the Catalan voter who watches the news in Castilian and watches La Sexta’s social gatherings. It was the electorate he needed to get for him to cherish electoral victory. The Minister of Health could be hopeful and he no longer. Iceta had lunch with Pedro Sánchez one day in mid-November. There he made the proposal and all the pieces fell into place. With 35 years of political experience behind him, the son of Bilbao Miguel Iceta changed roles again following the only compass of his life, fidelity to his acronym above anything else.