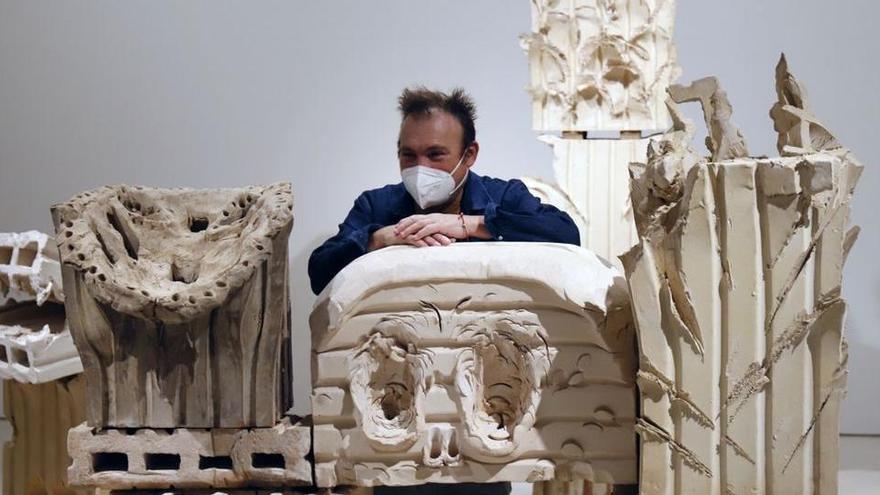 Miquel Barceló, one of the most non-transferable, followed and bought Spanish creators, arrives at the Museo Picasso Málaga to offer us in the temporary Metamorphosis a peculiar bestiary of fantastic creatures in which he is recognized, with Kafka as great inspiration and travel, sex and religion as central issues.

When the Gallimard publishing house proposed you to illustrate The Metamorphosis, you understood that you were commissioned to work with the work of the same title by Ovid.

Yes, for a year or more I thought they wanted me to do Ovid. I even took Ovid with me on a trip, but you know? Nothing happens, it is always good to read Ovid, it is not bad. And in the end something has remained of him at work.

You say that Kafka’s “weirdo” always impressed you; especially his book on Gregor Samsa.

I was so overwhelmed when I first read it that when I finished it I started it over the same day. And I remember that in my notebooks at the time, when I was 13 or 14 years old, I wrote: “Go to Palma and buy everything you find from Kafka.” That was little then. But The Metamorphosis was always special, one feels very identified: I have always thought that he has that nightmare thing of a teenager, who wakes up with an erection, like a monster like Samsa who does not know how to do with desire. And I also believe that it is a portrait of the artist, of discomfort, of restlessness, that kind of itch that you carry all your life that motivates you to do things.

Yeah a smoked and smoked self portrait [Risas] Sometimes the paintings that go wrong or I don’t like them, before I destroy them, I give them one last chance, smoke them and then, scratching, something comes out. If not, they go straight to the fire. This one ended up liking how it turned out. But I see myself in all the works in the exhibition: in the beetles, in the fish, in the bulls …

You say that when you review your work you realize that it is more autobiographical than you thought.

I have painted myself a lot, sometimes in front of a mirror, sometimes as an animal; not because of vanity or anything, but because it is the only legitimate thing to say: on some occasions I have painted a naked lady but because she was out there, otherwise it would have seemed a sham to me; but painting me was more natural, because what is there in the workshop? Books, pictures, garbage and the painter. Look, I have more than 400 notebooks with my drawings, watercolors, sometimes very large, sometimes very small, sometimes with writing almost like diaries, sometimes without words, but there is always the date and the place. For many years I have never sold or torn a page from those notebooks. Before I didn’t really know why, it was something that I didn’t want the dealers to take away from me, but now I’m suspecting that it is a work in progress that will make sense one day. It will end up being, I suppose, a great self-portrait.

Religion and sex are also very present in Metamorphosis, with important erections.

It is that the religious is very sexual. Now that you are talking about erections, when I made money for the first time, I bought my workshop in Mallorca, in a mountain as well as very phallic, and my ex-wife told me: “You bought this mountain because it is phallic.” And the only problem I don’t have is just this one, the only thing that works well for me is this part [se señala su entrepierna]. Why then would I need to make a monument to my phallus!

With sex well then, and with religion?

When I was very young, I hated religion to the death. I grew up in that environment, with the first communion, with the idea of ​​hell always present … Everything changed when I read in a book someone who, quoting Nietzsche, said that God was an invention of men. There I thought: “Ergo that from hell maybe not touch me.” Like the military. I’ve been getting rid of hell, of the military …

If something characterizes his work, it is intuition. How do you make it dialogue with reflection?

Reflection always comes before or after, but never during, it is paralyzing for me. I like to quote Raymond Roussel, who created a whole system of word games, metonymies and things like that to write; I don’t have a system that I can specify, hopefully.

Maybe he doesn’t have it because he only studied Fine Arts for a week.

[Risas] Me director de Bellas Artes was a great expert on Ribera. When I was 17 years old, in Barcelona in 1974, all day on the street, on Las Ramblas, you can imagine, you don’t even need to tell it, that man and Ribera were my enemies; my friends were underground cartoonists. Once at a conference at El Prado, I think, he said: “When I was a director, the best student was Miquel Barceló.” “But I was there for a week!” I said. And he replied: “Well, you made the most of your time!” [Risas]. The truth is that later I read his theses on Ribera and Baroque painting and they were terrific.

One of the pieces in Metamorphosis is a ceramic that, due to a confessed error, is falling apart. How important is the error in your work?

Everything is an error, in one way or another, or a sum of errors, accidents, sometimes happy accidents. In this case it was stupid: I put some sand that in the oven turned into lime and with the humidity it falls off. I don’t know how long it’s going to last, but I like it that way. I do many works that are ephemeral; for example, whenever possible, we will do a performance in Malaga with the musician Pascal Comelade: I will do a very large painting, 20 meters long, with water and then we will observe how it disappears. That a work lasts or does not last is not the important thing, as if it is big or small. Sometimes I say, and it is not a boutade, that the Greek painting has all disappeared, there remains a remainder in a tomb, because it was closed, and the bronze almost everything disappeared because it was transformed into cannons, swords, coins, whatever. Ceramics remain because nobody bothered to break them or if they were broken they could be restored, copies of paintings that were very famous in their time. I mean, who knows what will survive us. The hierarchy is never the artist, nor the market. Look, a lightning bolt, a cosmic accident, would make everything digital disappear, all memory, this cloud in which we have half our lives; Our memory would remain, the poems that you know by heart … That’s good, knowing poems by heart. I make my children learn a poem by heart every day, I give them money in exchange [Risas]. It helps you, it’s like knowing how to swim.

He says his work is a “continual digression.”

Life is. But when I see my work it seems to make sense, that it has a kind of involuntary coherence. When I was very young, contradiction was forbidden: in the assemblies, in which they were all very Marxist, the contradiction was taboo, the artists had to be very consistent. I realized that consistency was not my thing: I said one thing in the morning and another in the afternoon. I vindicated my nature, to be able to accept my contradiction, that a painting begins in one way and ends in another. It is also a huge lesson in humility because many times something you do almost without thinking is better than something else that you have spent months working on.