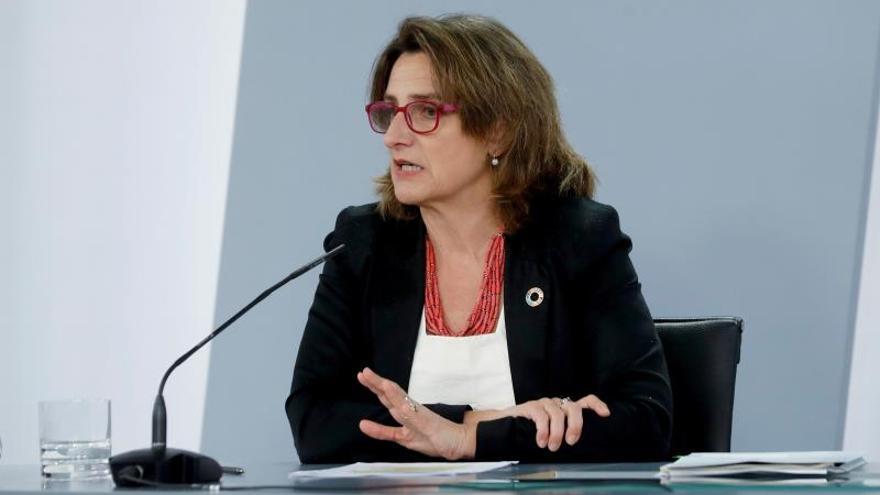 The fourth vice president and minister for the Ecological Transition and the Demographic Challenge, Teresa Ribera, has estimated this Tuesday at "between four and ten euros" the impact that the peak of electricity prices will have on the bill of domestic consumers. these days associated with the cold wave and the storm Filomena. Ribera has urged "to take as a reference the evolution in the quarter" and not stay with the "isolated data" and has highlighted that the rate of a home has decreased by 17% in the 2018-2020 period.

At the press conference after the Council of Ministers to report on the energy situation, Ribera pointed out that this will be "the real impact of this episode, of these first 15 days", on the 10.7 million households that are sheltered the semi-regulated rate of the voluntary price to small consumers (PVPC), "the most competitive" and "the most stable", according to the vice president, who has pointed out that for households receiving the free market this price peak "is indifferent to them"

Ribera, who stressed that this price spike occurred during "two consecutive meteorological phenomena that have made history", the storm Filomena and the subsequent cold wave, and highlighted that the average price for tomorrow in the wholesale electricity market It already falls 36% compared to the average price of these days.

"That marginal cost over months is what gives us a clear indication" and although "there may be fluctuations from one day to the next", what is "important" is the trend. Thus, he has urged "to take as a reference the evolution in the quarter" to understand the scope of this upward peak, since the "isolated data" generates "concern" but "may distort the overall picture".

The vice president recalled that in just over two years, between 2018 and 2020, the price of energy in the wholesale market has fallen by 40%, while the annual electricity bill of a consumer covered by the PVPC has been at 603 euros, with a decrease of 17% in two years. Last year, the average price of the wholesale or pool market sank to a minimum as a result of the collapse in demand due to the pandemic and the great seclusion. And in the last quarter of 2020, energy prices had a "negative behavior" in the CPI, he highlighted.

Ribera, who pointed out that Filomena's snowfall in Madrid was the worst in 100 years, explained that the immediate activation of the gas system reserves by Enagás in this price crisis has made it possible to cover all demand in a moment of tensions in the supply of this raw material, in a context of "slow incorporation of the supply from Algeria" and a high demand for this fuel from Asia, which even led to the diversion of LNG tankers that were initially destined for Spain.

As he explained, between January 8 and 12, around 15,000 episodes of power outages have been documented, especially in Madrid, Toledo and to a lesser extent in Aragon or Catalonia, which have required the installation of emergency generators on occasion. In addition, there was a "small incident" in the interconnection with France on January 8.