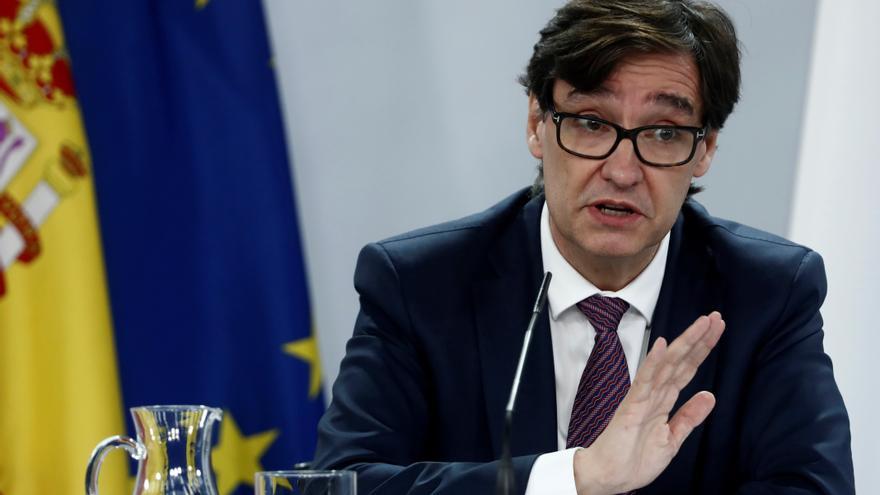 Minister Salvador Illa and the scientists requested last August in The Lancet An external audit on how the central and regional governments have managed the health crisis of COVID-19 have scheduled a meeting for the next few weeks. It was advanced by one of the signers, Rafael Bengoa, this Friday on Cadena SER, and the Ministry of Health has confirmed it to elDiario.es. The signatories of the letter tell elDiario.es that the date of the meeting with Illa, at the proposal of the Ministry, will be October 1.

Among the twenty top-level specialists who signed the letter published in the magazine on August 7 are Alberto García-Basteiro, Carme Borrell, Margarita del Val, Beatriz González-Valcárcel, Helena Legido-Quigley, Ildefonso Hernández and Carlos Alvarez-Dardet . Later, entities such as Doctors of the World and the Spanish Society of Public Health joined. They requested an external examination on what has failed in our country to reach "more than 300,000 cases, 28,498 confirmed deaths, and an excess of around 44,000 deaths, as of August 4, 2020. More than 50,000 health workers have been infected , and almost 20,000 deaths occurred in nursing homes. " These weeks they have been in talks with the Secretary of State for Health, Silvia Calzón, until finally setting the day with the minister.

Joan Carles March, professor at the Andalusian School of Public Health and also a signatory, explains that these weeks they are going to debate internally what proposal to take exactly to the minister, "to assess what we focus on". There are different models of audits, including recommendations from the World Health Organization. By the process that they are inclined, in the absence of defining the details, it will be to "evaluate the data on the one hand, and how the different measures have been able to influence each community", and "also speak with the people who have been in charge of the communities".

It would be a "quantitative and qualitative analysis" to later have "global" conclusions about the government's management and that they serve for other countries, "and regional ones." At the meeting on October 1, they will exchange opinions with the minister on "how the profiles that carry out this audit are chosen", that is, what criteria to follow to see who is part of the committee that evaluates, not to put names on the table . "They must be as independent as possible", "international and national". The intention, says March, is not that the signatory scientists themselves are part of it, or at least not all.

The letter they published in The Lancet is dated August 7, when the second wave of COVID-19 had already started but was not yet triggered. Spain, according to the European Center for the Prevention of Infectious Diseases (ECDC), is currently the country with the highest incidence of infections on the continent, by far. In the last 14 days, 287 cases have been detected for every 100,000 inhabitants; the next with the most is France, where there have been 166 cases per 100,000 inhabitants. So what has failed to have this "second wave" will also be part of the audit project that they will discuss with the minister. "Assessing what is happening right now is an essential element", continues March, even seeing "that what happened before was not exactly the same and now there may be other elements that affect it and that is important to take into account. For example, what has happened in some areas that did not have such a bad time in the first phase, and now they are in a more complicated situation ".

"It is not a partisan search for political reproaches," they wrote in August, but rather an analysis to understand what has been done wrong and avoid it in the future, at the national and regional level: "Now a comprehensive evaluation of the systems of health and social assistance to prepare the country for new waves of covid-19 or future pandemics, identifying weaknesses and strengths, and lessons learned ”.

Tags: audit, crisis, external, illa, lancet, Minister, next, October, one, scientists, the, they asked, will receive