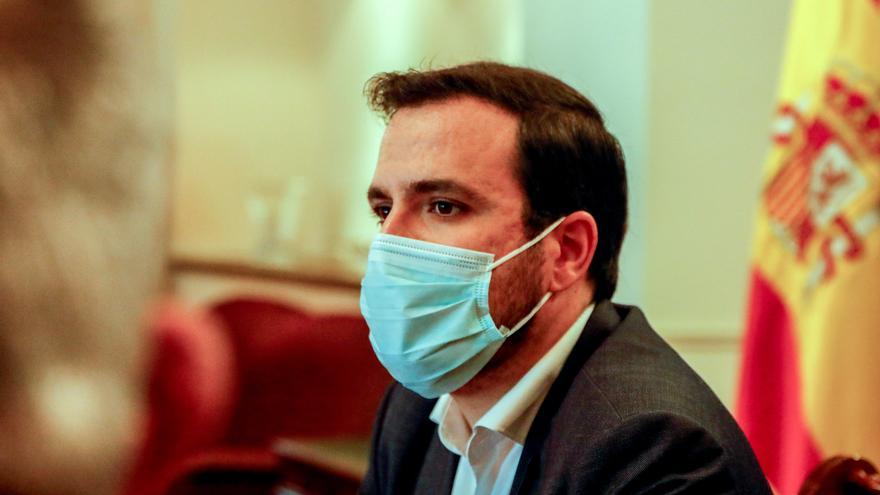 The Minister of Consumption, Alberto Garzón, has communicated this Sunday that he has tested positive for COVID-19, so he must be confined to his home. With him there are already three members of the Government who remain isolated when contracting the infection, after the positives of the second vice president and Minister of Labor, Yolanda Díaz, and the head of Science, Diana Morant.

Garzón has indicated this Sunday through his Twitter account that he is "well" and that he will continue working from home, although he will have to cancel his agenda of events and meetings. In the same message, the Minister of Consumption has taken the opportunity to claim Public Health as "our greatest protection as a country".

Science Minister Diana Morant also tested positive for COVID-19. In his case, it was last Wednesday and, like Garzón, he is working from home until he complies with the isolation required by the health protocol. "Fortunately, I have the full course of the vaccine and my symptoms are mild," he explained.

The second vice president, Yolanda Díaz, has also been forced to cancel her public agent scheduled for the week ending this Sunday. The also Minister of Labor took a test with a positive result on Monday, so she could return this Monday to resume her usual activity.

The Interterritorial Council of the National Health System agreed at the end of December to reduce the isolation of confirmed asymptomatic cases or with mild symptoms, such as those of the ministers, to seven days. It did, however, establish the need for at least three days to pass without symptoms.