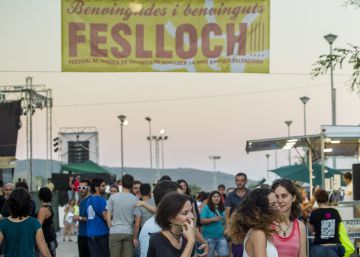 The land of festivals par excellence, the Valencian Community, dodges the kicks of the coronavirus and refuses to put aside the enjoyment of live music this summer. Pop, jazz, indie, folklore and music with a vindictive touch make their way, narrowed in small format formulas and new settings. The Valencian festivals reinvent themselves in the post-pandemic stage, but the losses do not disappear: only the musical macrocitas that brings together the province of Castellón (with FIB, Arenal Sound and Rototom Sunsplash at the head) represent 60 million euros of economic impact per season. Of course, the desire to ‘party’, converted into musical cycles and mostly indoors, remain intact. Here is a guide to the offer designed by the Valencian summer scene of live music. New proposals together with small appointments sponsored by the great ones that could not be. These are the ‘mini festivals’ of the 2020 resistance.

After the drought of Bengali festivals, K Festival Days was born, a new proposal of live music for this summer that brings together leading names in the Spanish music scene accompanied by representatives of emerging music, mainly from Castellón. Next to him is K’sim Kids, designed to be enjoyed by families under the production of Formigues Festival.

K’sim de Benicàssim (Gimeno Tomás Avenue, 36) will be the venue for this cycle that will be inaugurated by Rufus T. Firefly on Friday, July 24, plus a guest artist. It will continue on Saturday August 29 with Los Deltonos, more De Fem and The Black Beat. And to top it off, on Friday September 4, with a poster made up of Smile and Junior Mackenzie. In addition, as a complement in the morning of those dates, it will have activities aimed at the younger audience in the K’sim Gardens themselves under the name of K’sim Kids. Theatrical-clown shows The Puddle Girl, Patricia Charcos, and CuCaLOLa, by Polka Teatral, will open the cycle on July 24, which will also include Yo Soy Ratón, among others.

From 9 to 11 July it lands in Benlloc, a town in Castellón with just a thousand inhabitants, the already consolidated Feslloc, emblem of the support for music in Valencian. Of course, with changes. The camping is eliminated, the first two days will be held in the Auditorium of the town with assistants from the town and the “strong” session, that of Saturday 11, will be filled after a draw for tickets among the public. In addition, attendees will be distributed in spaces separated by groups of friends and in an area far from the town. La Fúmiga, Smoking Souls, Jazzwoman, El Diluvi, Feliu Ventura, Tardor, Tesa, Jonatan Penalba and Cactus star in the poster for Saturday. The festival, which works to project this edition also via streaming, also launches a campaign of economic support for music in Valencian under the slogan Take care of the music, take care of us! and that includes the raffle of 100 tickets for this year.

Double in Peñíscola and a new cycle in Oropesa

The city of the sea maintains two emblematic events: the International Jazz Festival (Palau de Congressos, from July 24 to August 1), with the American saxophonist Scott Hamilton as headliner; and the Festival of Ancient and Baroque Music (from August 3 to 12 at the Castle of Papa Luna).

The appointment with jazz goes from four to six concerts. It will kick off on July 24 with the New Orleans-style parade of the Jove Dixieland Jazz Band and the evening concert (11pm) by the Scott Hamilton Quartet. They join Film Sessions, by David Pastor & Quartet (July 26); Dorantes (July 27); Patax and its fusion of flamenco, Caribbean music, funk, soul and jazz (July 29); and Bárbara Breva (August 1).

On the other hand, in Oropesa (Castellón) the first edition of Estiu Sonor, a cycle of open-air concerts to give voice to bands from the province, such as Pleasant Dreams, El Chamuyo, Astola y Ratón and Petraski, among others.

And in Castellón it goes on stage Direct to the Sea (Thursday evenings in July and August at Nudo Beach del Grau) with the support of rocker Red Pier Fest and in acoustic format. Revolver, Soleá Morente, Mujeres, Fuel Fandango, Alice Wonder, Cariño, McEnroe and Hinds make up the lineup.

Valencia also hosts Widow, cap estiu sense music. A cycle of concerts in the 16 Tons room of the capital that started this past Thursday with the performance of the singer Samuel Reina. The first week of the festival will be completed with performances by Pau Alabajos (July 3) and Maluks (July 4). Badlands, Toni de l’Hostal, and Laura Esparza and Carlos Esteban complete the cycle.

Finally, at the Teatro Principal in Valencia, the 9 to 12 July is celebrated Polyrhythmic Festival, an appointment to value Valencian music and popular culture, with a dozen concerts.

The violence of the sacrifice and the sweetness of the barbecue