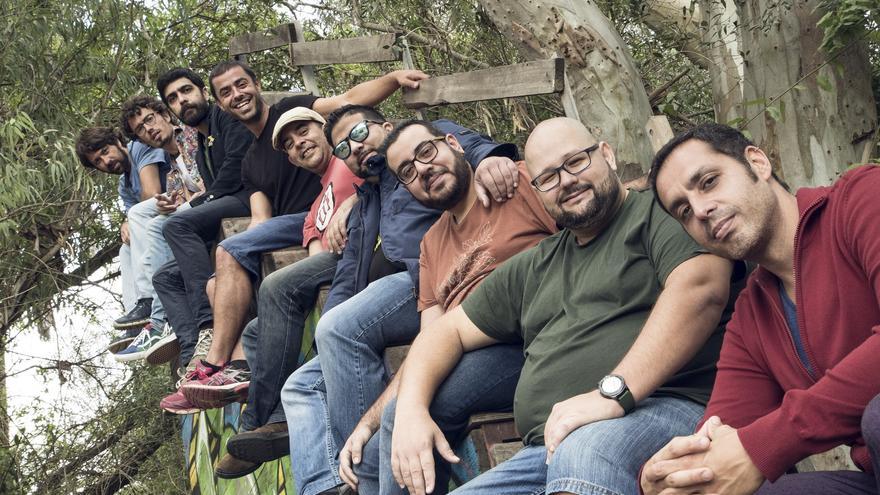 The 5th edition of the ZERO Festival already has a date. The sounds of national and Canary pop and rock will return to The Gran Canarian palms from October 15 to 17, 2021. But before, from November 6 to 8, 2020 – as long as the health situation caused by the pandemic and the regulations remain favorable – Festival fans will be able to enjoy an advance with Track ZERO, two nights of live music that will bring together Birkins, Radio Baifa, Hackers Y Mel Ömana on the stage of the Miller Building and a family morning with the show «The gang of piojillos ».

The CERO Festival, organized by the City Council of the capital, through the Promotion of the city of Las Palmas de Gran Canaria, and with the artistic production of Jeito and Algato Producciones, is working on the poster for its next edition. As a preview of its next installment in 2021, Track ZERO on the dates when its 5th festival call should have been held. Its content, consistent with the steps taken by the municipal area of ​​Culture to support the local sector after the impact caused by the Covid-19 pandemic, is made up of a rich, entirely Canarian musical proposal.

The cultural space of the Miller Building will provide the night of Friday, November 6, at 9:00 p.m., the first professional job of the Latin rap singer-songwriter Mel Ömana, «#EatPapaya », and, at 10:00 p.m., the danceable and catchy melody cocktail of the nine members of the Las Palmas de Gran Canaria band Radio Baifa, a live show in which, in addition to interpreting the songs from their homonymous album, the band will reveal something new. Both on Friday and Saturday, Miller’s doors will open at 8:15 p.m. and at 8:30 p.m. it will be Manel ‘El Especialista’ who will play the first music at night.

A day later, the Saturday, November 7, at 9:00 p.m., the music of Pista CERO will be Birkins, with his “You Are Not Alone” (The Wrong Genius, 2020), a double reinterpretation of David Bowie’s classic The Rise and Fall of Ziggy Stardust and The Spiders from Mars (1972), without abandoning the themes that leave his stamp of colorful pop, rock and psychedelia. Finally, at 10:00 p.m., the band Hackers, who has recovered the essence of melodic rock in the Canary Islands with his self-released album «Start from scratch » (2019) and has shared the stage in the Canary Islands with bands such as Scorpions, Europe and Obús, will close the evening performances.

Pista CERO will dedicate the morning of Sunday, November 8 to the smallest of the house, at 12:00 hours, with the fun proposal of music, theater and games of «The gang of piojillos ».

The tickets to attend the concerts, per day and free of charge in this special 2020 call, are available from today, Friday, October 23 at festivalcero.com. Attendance at the concerts scheduled for next November is subject to the health measures established by the Government of the Canary Islands.

Mel Ömana. Composer and singer since 2007, Mel Ömana takes off in 2016 through its social networks. In 2017 he traveled to Cuba and let himself be soaked by Cuban folklore; This is how his first professional Latin rap project begins #EatPapaya. In 2018 he redefines his style in the Lisbon nightlife, where he lived for a year, and #EatPapaya begins to materialize. Mel Ömana brings a message of love, freedom and equality served in a fresh combination where papaya (a popular term in Cuba to refer to the female sex) takes center stage.

Radio Baifa. In 2018, Radio Baifa presented its first album at the CICCA in Las Palmas de Gran Canaria, ten songs that go from rock to pop, making stops for rumba, jazz, funk and Latin rhythms. A shaker of melodies that make sense and force live. WOMAD Las Palmas de Gran Canaria, Fuerteventura en Música, Lpa Beer & Music Festival, BioAgaete Cultural and prominent spaces on the billboard of the capital of Gran Canaria such as The Paper Club or the terrace of the CAAM have had their music, which has also been the prelude to the Muchachito Bombo Infierno show, among others.

Birkins. With five studio albums, two Canary Islands Music Awards and a multitude of concerts and festivals in his career, Birkins presented last January You are not alone, a double reinterpretation of David Bowie’s classic The Rise and Fall of Ziggy Stardust and The Spiders from Mars (1972). His publication, with The Wrong Genius, coincided with Bowie’s birthday, in which his fans used in recent years to have some surprise related to his world.

Composed of Cristina Santana (voice and percussion), Alby Ramírez (guitars and backing vocals), Sergio Miró (drums and backing vocals), Thiago Gomes (voice and guitar) and Rafa Daza (bass), Birkins has in a colorful pop, the chanson French, rock and psychedelic some of the characteristic features of their songs, which has led them to have their music labeled in some media as neo chanson or new French song.

Hackers. Founded in 2016 by two former members of the Canarian band Krull, guitarist Fran Alonso and drummer Paco Santana, Hackers It is completed by experienced musicians from the local music scene: César González on bass, Elvis Pescosa on keyboards and Víctor Guardia on voice. His intention is to take up the sounds and musical philosophy of melodic rock from the 80s and 90s. His first album, self-released, is entitled Start from Zero (2019).

After winning the 2018 Caja Sonora Festival ‘Opening Act Festival’, Hackers opened the performance of the legendary Scorpions at the Gran Canaria Arena; That same year and after winning the award at the 1st Live Rock LPA Festival, the group shared the stage with Prana and Obús. In 2019 they opened for Europe, also at the Arena in the capital of Gran Canaria, and ended the year by opening the AOR Night Festival at the SHOKO venue in Madrid. A firm and ascending route that will close the second night of Pista CERO.

“The gang of piojillos” melds music, theater and games in the morning of Pista CERO. This show (premiere!) Will allow the whole family to enjoy children’s songs covered in rock, skap, rumba, rap … A band of four musicians – with direction and keyboards by Manuel López, Jorge Granados on guitar , Javi Ramírez on drums and Fofi Lusson on bass, accompanied by the voice and interpretation of Hiram Vega, and under the stage direction of Rubén Darío—, will guide the audience in a hilarious concert.

The careful scenery and costumes add color to “The gang of piojillos” for a concert in which no one will be left without singing, dancing and learning.