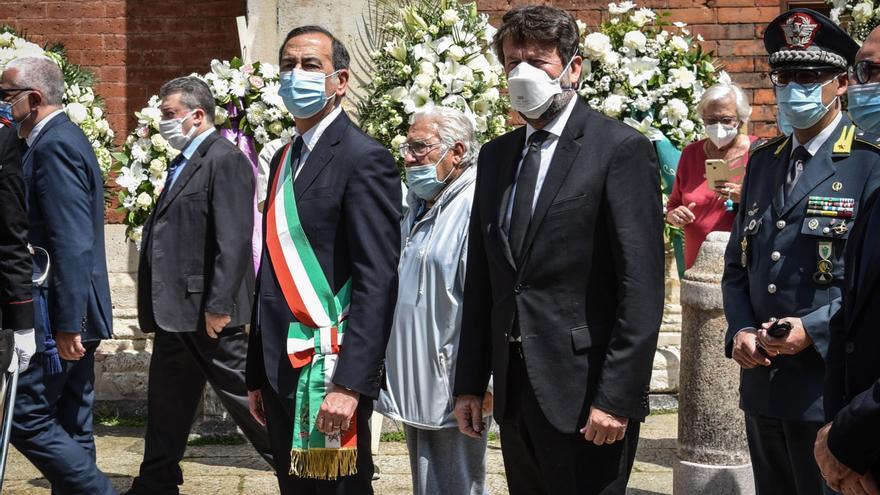 Rome, May 29 (EFE) .- The Italian city of Milan (north) today said goodbye to the historic dancer Carla Fracci, who died last Thursday at the age of 84, with a funeral in which she was remembered as an icon of the national culture.

The coffin arrived at the church of San Marco and was received with flowers and the applause of the Milanese and admirers who came to the place for the last goodbye, although many could not enter the temple and its doors were left open so that they could follow it from the outside .

The funeral, broadcast on public television, was attended by the Italian Minister of Culture, Dario Franceschini, as well as important representatives of the world of music and dance, such as Dominique Meyer, superintendent of La Scala in Milan, of which she was the prima ballerina. during years.

You could also see the current principal dancer of this temple of lyric, the Latvian Timofej Andrijashenko, as well as the Italian dance star Roberto Bolle and the dancers Martina Arduino and Nicoletta Manni.

After the last day with the burning chapel at La Scala, the hearse was received at the temple by agents of the Carabineros corps in full dress uniform. The coffin was decorated with white roses, the ballerina’s favorite color.

The city will dedicate the first line of its tram to him, the same one that his father drove and that passes in front of La Scala every day.

The mayor, Giuseppe Sala, assured that in the last five years he attended many funerals but, he said, “I have never seen a community come together with such affection” as it has done with Fracci.

The historic dancer was born in 1936 in Milan, where she developed a large part of her career, which took her around the world dancing with stars such as the Russians Rudolf Nureyev and Vladimir Vassiliev or Paolo Bortoluzzi.