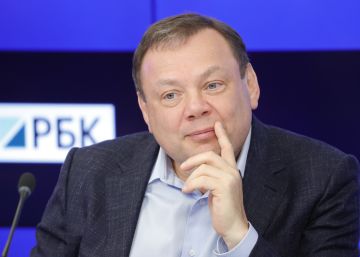 The judge of the National Court Manuel García-Castellón has agreed on Wednesday the imputation of Mikhail Fridman, Russian billionaire and top shareholder of the supermarket chain Dia. The magistrate intends to summon him in mid-September to question him about the bankruptcy of the Spanish video game company Zed WorldWide. The Anti-Corruption Prosecutor's Office considers that Fridman took advantage of his position of privilege in that company, directed by Javier Pérez Dolset, to force his insolvency and be able to acquire it later for a “ridiculous price”, 20 million euros, an amount much lower than the market.

The prosecutor of Zed case, José Grinda, considered, in a letter known last Monday, that the complex corporate network controlled by Fridman carried out what in the Russian criminal environment is known as a “raid”, an illegal absorption through a combination of strategies that culminated with an "institutional and economic blockade" of Zed. The accuser considers that in these maneuvers there were crimes of machination to alter the price of things, fraudulent administration, punishable insolvency and corruption in business.

The entry of Russian shareholders in Zed began in 2008. This allowed Pérez Dolset's company to experience a growth in its turnover, to the point that between 2009 and 2013 43% of the income of the Spanish group came from holding controlled by Fridman. Zed undertook its expansion through its IPO in the Nasdaq technology market in the United States. For this, he signed a syndicated loan of 140 million in December 2013 with a group of banks led by ING. Among the lenders were the Amsterdam Trade Bank NV, a Dutch subsidiary of Alfa Bank, a banking group controlled by Fridman since 2001, which contributed 18.6 million to the loan.

Fridman thus secured, according to the Prosecutor's Office, a "dominant position" and "privilege" in the Zed group, to the extent that it was part of the shareholding and at the same time became one of the main creditors of the company. The public ministry explains in its letter to Judge García-Castellón that the Russian partners then undertook a “pressure action” and “definitive economic drowning” against Zed, through an “illegal strategy to interrupt the payment of dividends” of the Russian subsidiaries that It led to a "total lack of liquidity" of the Spanish technology, which ended in insolvency and bankruptcy.

In his opinion, of 23 pages, the prosecutor Grinda exposes practices of “aggressive and unjustified modifications of contracts” by the companies of Fridman, the payment of “illegal commissions” that diminished the capital of Zed, all this in favor of the Russian investors "This process of favor culminated with a purchase offer, dated October 2016, for an amount of 20 million euros, well below what was its value when the paralysis and blocking maneuvers, controlled by Mikhail Fridman, began" , remember the prosecutor. The offer was presented jointly by Vage Engibaryan, a Russian investor subordinate to the tycoon, and by Grupo Planeta, the report explains.

The prosecutor attributes to Fridman a “fundamental role” in the maneuvers to absorb Zed WorldWide forcing his bankruptcy, and bases his report both on the statements of the executive Anton Kudryashov, Fridman's subordinate, before the United States authorities and in a forensic audit conducted by PriceWaterhouseCoopers in 2013.

In November 2017, a few months after operating the Hanta operation for which it was arrested Javier Pérez Dolset, Fridman sent a letter to the Anti-Corruption Prosecutor's Office in which he was unmarked of any responsibility in business decisions that could have resulted in the insolvency of Zed Worldwide in Spain under investigation.

However, a recent police report casts doubt on that version by holding, with a detailed analysis of the operation of the companies as well as with WhatsApp messages and emails from different stakeholders, that Fridman has "the factual and direct power" over managers and the decisions they adopted causing a property damage to the Spanish shareholders of Zed.

The prosecutor also asks that Edwin Harland, the head of the forensic audit that was conducted to the Zed Group, be called to testify as witness, after Vimpelcom will request an investigation into Temafon's management of the "risk of improper appropriation of assets".