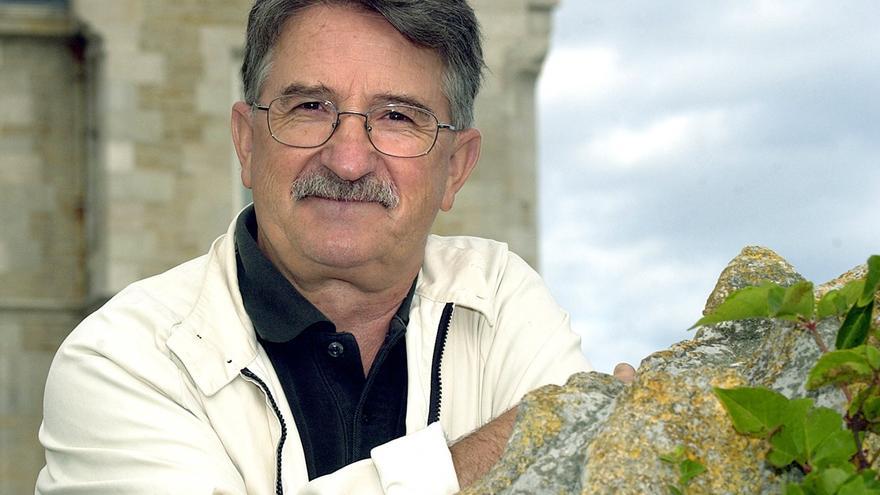 The anthropologist and writer Mikel Azurmendi, former member of ETA and one of the founders and first spokesperson of the Ermua Forum, as well as founder of the citizen platform against terrorism ‘Basta Ya’, has died at the age of 79, as reported this morning by sources close to him.

The president of the Collective of Victims of Terrorism (COVITE), Consuelo Ordoñez, has published on social networks: “They just gave me very bad news, our dear Mikel Azurmendi passed away this afternoon. It was an honor to have you among us, thank you so much. Good trip Mikel! We love you”.

In another message, COVITE has lamented “a lot” the death of Azurmendi, whom it describes as “a committed citizen in front of ETA “ and “a tough and friend of COVITE”. “Thank you for everything. Rest in peace and a big hug to your relatives,” COVITE said on social networks.

He had a degree in philosophy from the Sorbonne in Paris and a doctorate from the University of the Basque Country (UPV).

ETA militant in his youth, which he entered in 1966, he was one of the theorists of the group that evolved towards Marxism, expressly rejected terrorism and he broke with her the following year, after his alternative of leaving violence and transforming into a party based on ideas was defeated.

He was a professor at the Sorbonne during the Franco regime and after his return to Spain ran against the Constitution and the Basque Statute considering “that there was strength to demand more.”

Professor of Social Anthropology at the San Sebastián Faculty of Philosophy (UPV) since 1988, he had been the subject of continuous threats from ETA and the victim of a frustrated attack on his home in San Sebastián, on August 15, 2000.

Days before the attack, in an interview, Azurmendi had declared his intention to leave the Basque Country and settle in the United States due to the “unbearable pressure” to which he was subjected.

He was one of the founders and the first spokesperson for the Ermua forum, a civic organization created in February 1998 as a result of the murder of Ermua councilor Miguel Ángel Blanco by ETA.

The following year, he participated in the foundation of the platform ‘Enough already‘, a citizen initiative that in its formation united people of different ideologies, with the purpose of oppose terrorism in any of its forms, support its victims and defend the rule of law, the Spanish Constitution and the Statute of Autonomy.

Constantly threatened by ETA, due to its critical stance towards Basque nationalism and its environment, this situation forced him to leave the Basque Country at the end of August 2000, and after a brief stay in the US, he returned to Spain and was appointed, in November 2001, president of the Forum for the Social Integration of Immigrants, a body consultation and advice from the Government for the social integration of immigrants and refugees.

During the academic year 2000-2001 he was ‘Visiting Fello’ at Cornell University, in New York .; Hellman / Hammet Prize for Human Rights in 2001, and Prize for Coexistence 2001 by the Miguel Ángel Blanco Foundation.

Author of several books in Basque, had published two books of poetry, a novel and a book of children’s stories, in addition to numerous anthropology essays.

In 1998 he published ‘The patriotic wound‘, essay where it analyzes the “gross and absolute identity” of the almost 200,000 Basques “who consider themselves to be at war” and who, in it, have forgotten individual freedom and have generated that today “being indigenous” is “knowing how to negotiate with fear.”

This was followed by another controversial essay titled ‘El Ejido prints‘, (2001) a work on the integration of the immigrant, in which he minimized the events that occurred in that Almeria town in February 2000.

In 2008 he published ‘Tango de muerte’, a novel in which he turned to fiction to verify real events that reflected the “pain” produced by terrorism and the political situation in the Basque Country.