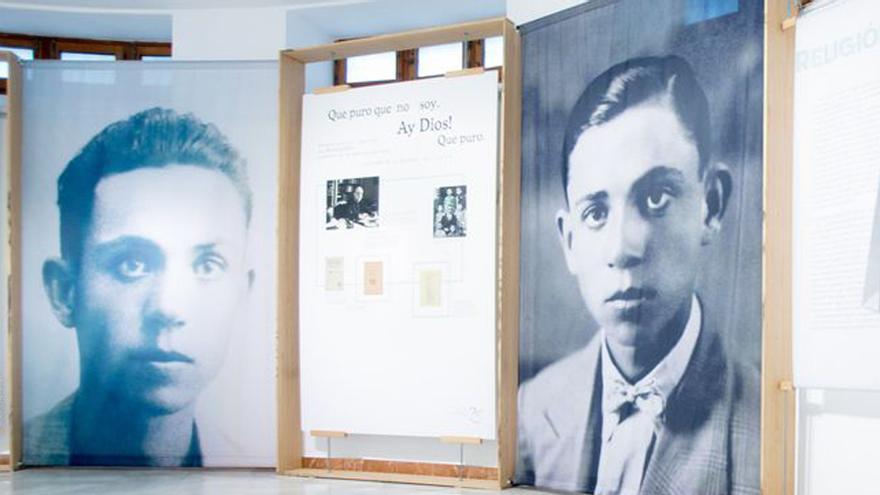 This has been revealed this morning during the presentation of the exhibition organized by the Diputación de Jaén -owner of the poet’s legacy since 2012 after letting him go Elche, then in the hands of the PP, where he was until then-, thanks to the established agreement with the Diputación de Alicante, in whose exhibition hall you will be able to see until March 28, 2022, the date on which the death of the author of “Nanas de la onion” is commemorated.

An initiative that the deputy Julia Parra has rated as “historical and symbolic” and the first of other future joint actions. “We share the desire to vindicate the poet and work to enhance his name and his work. For years, the province of Alicante and Jaén have lived a little backward with the things we can do together around the figure of Miguel Hernández . This life of others is over, “said the also vice president of the Provincial Council in the event in which, in addition to numerous authorities, the string quartet of Adda Symphonic and the artist Tom rock who has made a graffiti of the poet.

For Carlos Mazon, “for many years” it has been said that the poet “belongs to one or the other and now we may have found among all that meeting point that leads us to generosity and universalization of the poet. Who are we to say that it is more of here or more of there “.

And he highlighted that his work and his life “are a reflection of the great universal values ​​of the human being: the fight for freedom, social justice, solidarity, simple life, continuous effort, self-taught learning and commitment to society”.

Francisco Reyes He has highlighted the facilities that the poet’s family gave him when he visited Elche and became interested in the legacy. “We reached an agreement for 3 million euros, still in the midst of crisis, but we decided not to spend but to invest 3 million in the legacy, one of the most important and also most profitable investments that the Diputación de Jaén has made because it has become. a claim of the province as a reference for cultural tourism “.

More than a hundred pieces

The report card of the Santo Domingo de Orihuela school, handwritten letters to poets such as Pablo Neruda, Juan Ramon Jimenez, Federico Garcia Lorca or Vicente Aleixandre; the famous portrait that he made Antonio Buero Vallejo, in addition to various works of art dedicated to the poet and signed by great creators; Photographs unknown from different times or writings addressed to his wife, Josefina Manresa. Also included are first editions of works such as’Expert in moons’ (1933), ‘The lightning that never stops”‘(1936) and ‘Wind of the people: poetry in war ‘ (1937) and unique documents such as Miguel Hernández’s qualifications at the Santo Domingo de Orihuela School.

These are some of the documents that are shown in ‘In full light’, organized in 2017 for the 75th anniversary of his death, which includes more than a hundred pieces between artistic work and documentary material, which were already seen in the MAHE of Elche in 2018.

The exhibition is conceived in ten thematic spaces or blocks and chronological: Genesis, Religion, Eros and other symbols, Ideology, Love, War, Jail, Death, Resurrection and Literature.

The exhibition, which is guarded by the Institute of Giennenses Studies of the Diputación de Jaén, has been seen in numerous cultural spaces, thanks to the impulse of the Cervantes Institute and its director, Luis Garcia Montero. Since its inauguration in 2017, has traveled Spanish cities What Seville, Granada and Alcalá de Henares and in his international journey Dublin, Manchester, New York, Chicago, Manila, Toulouse and Paris.

The poet, with another look

The purpose of this exhibition “was to turn the iconography of Miguel Hernández upside down”, Juan José Téllez has highlighted. “Miguel Hernández resurrects today in Alicante, agreeing on something as substantial as the figure of the poet “.

Therefore, he stated, “from the first moment we were clear that we wanted to tell the life and work of a 31-year-old who liked football, who made his first steps as a bullfighter and who loved, and his light is what we have tried to collect from the hand of all those who have worked for the memory of MH, from the institutional point of view but also literary and artistic “.

The exhibition tries to follow a sequence of his life “until the resurrection of his work, of his legacy, which would have been impossible without the tenacity of Josefina Manresa, who was something more, and it is clear in this exhibition that the wife and the widow of the poet. She was a brave woman who knew how to keep the legacy alive. ”

Miguel Hernández Awards and other actions

The Provincial Council is working on the creation of the Miguel Hernández Alicantina Culture Awards and is going to develop a complementary cultural program to the exhibition “which will have music as an expression and ADDA as a stage.”

The deputy Julia Parra has also announced that other joint actions are being prepared with the Diputación de Jaén, which will be reflected through the relationships that are going to be set up between the Juan Gil-Albert Institute and the Institute of Giennenses Studies of the Diputación from Jaén.