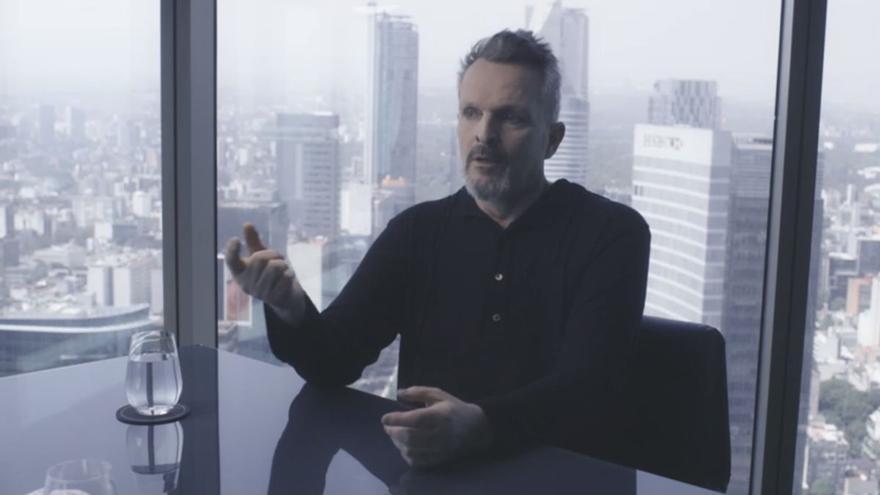 The actress Lucía Bosé did not die of coronavirus rather she was sedated “to death” due to the existing health protocols at the dawn of the pandemic for which the elderly “were not the priority,” as his son assured this Sunday Miguel Bosé in a television interview.

“My mother was sedated to death, as was done with the rest of the elderly, no matter who she was. They wouldn’t let you take it out, you couldn’t go visit her …”, The singer pointed out in a talk with the journalist Jordi Évole, an interview that he has granted after months of silence and controversy for his renowned denialism of the pandemic.

Far from what was published in his day, Bosé, the Italian actress, who died in the General Hospital of Segovia on March 23 last year, has not died of coronavirus.

“My mother did not have coronavirus. My mother did not die of covid and that has to stop now”, Said the artist, who did not want to specify more details about the true causes of death. “That is another story that I do not want to talk about here because it would be endless and would bring out tremendously dangerous things for the people who took care of my mother at that time,” he pointed out.

He could say goodbye on the phone even though “I never thought I was going to lose her, really”. At that time, he explained, “they had skipped the absurd protocols these of the who”And a video had been published in which“ a doctor explained the protocols to follow and what the priorities were. There I said that older people were not going to be the priority ”, he added.

Bosé had not made statements for several months and away from social networks since August last year, after starring in a chain of controversies for their questionable statements on the coronavirus and its support for conspiracy theories around the pandemic, “the great lie of governments”, words that raised blisters in a confined Spain with thousands of deaths.

In the first part of the talk with Évole (“Lo de Évole”, La Sexta), which took place in Mexico City where the artist resides, Bosé hardly talks about the pandemic. Yes it will, as can be seen in the preview, in the second part that will be broadcast next Sunday.

But yes has told intimate details of his private life, like what happened after the break with his partner for twenty years, the sculptor Nacho Palau, a stressful situation that made him lose his voice completely.

“When admiration for the person you are with is lost, when everything fell apartto, in my case by discretion, by responsibility, by education also, you hold; when you hold on, all that is poisoned and when it explodes, it breaks out badly and serious problems begin. The first big problem I had was my voice. Now I can speak, but I have come to have zero voice, “he confessed.

He has also talked about his “wild” years of “drugs, wild sex, tobacco, substances, underworld” that began in the late eighties and lasted for decades. He used up to two grams of cocaine daily, he confessed.

He left it, he explained, from one day to the next and in a radical way. “All the same day and at the same time, walking up some stairs to a stage, I said ‘it’s over.’ The forces that make one make these radical decisions only come from within ”, said the artist, who has specified that when he disengaged his children had already been born so he had new” responsibilities “to attend to.