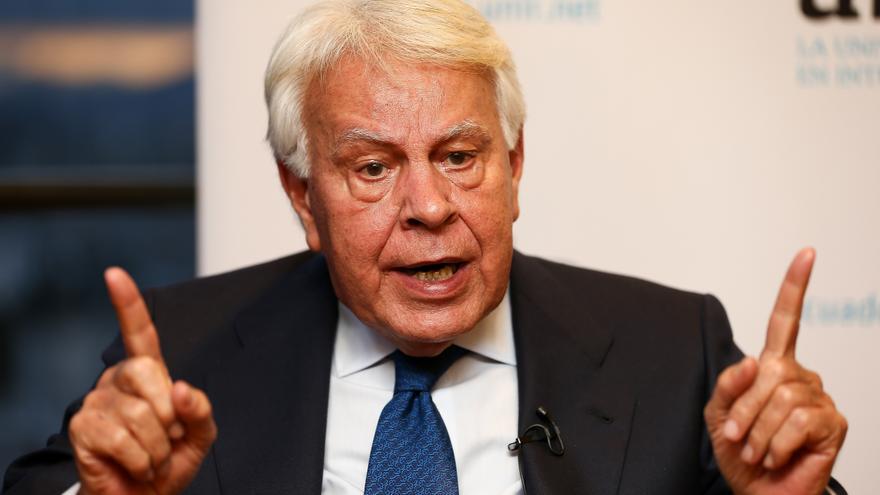 A period in Grupo Prisa ends. The former president of the Government Felipe González leaves the editorial committee of this company. Also leaving this committee is journalist Augusto Delkáder, who has been dismissed as editorial director, a position that will disappear. And they are replaced by Manuel Polanco, son of the founder of the group. And the journalist Miguel Barroso, who will join the board of directors of the PRISA group this coming Tuesday, March 23.

Miguel Barroso, a journalist by training, is currently director of New Projects for the communication giant WPP and previously held positions as CEO of the advertising agency Young & Rubicam and has also been International Vice President of Marketing and Communication of the chain of shopping centers FNAC. Barroso was the first Secretary of State for Communication in the Government of José Luis Rodríguez Zapatero: from April 2004 until just a year and a half later, September 2005. And, later, general director of Casa América.

Barroso will be appointed to the board of directors held this Tuesday, March 23, as a representative of Amber Capital, the investment fund chaired by Josep Oughourlian and which reached the non-executive presidency of the company just a month ago. Oughourlian has decided to make a commitment to the renovation of the company’s leadership with the aim of making it profitable in a few years.

These changes in Prisa are the consequence of the takeover of the company by the Amber Capital fund, the company’s largest shareholder, supported by Vivendi and Telefónica. Sources familiar with these movements suggest that the changes are due to the need to modernize and digitize the control panels of a group whose main leaders still followed management formulas that had not been able to bring the company to profitability. This remodeling does not affect the current director of El País, Javier Moreno, who has the confidence of the company’s management and has recently been confirmed in his position.

Sources familiar with the internal movements of Prisa explain that the changes not only respond to an attempt to rejuvenate the leadership of the communication group in the face of the challenge of tdigital transformation of the company. “It is not just a matter of age, but also of attitude to changes,” explains this source, who justifies the regeneration with the poor results the company in the last three years. Prisa closed 2020 with a profit of 89.7 million, which is really justified by the divestments of Santilla España or the Portuguese subsidiary Media Capital, compared to the losses of 182.3 million registered in 2019.

But the changes to Prisa’s organizational chart go beyond the board of directors and the editorial committee. The CEO of Prisa, Manuel Mirat, has already announced his resignation to Pedro García Guillén, CEO of Prisa Radio – on which Cadena Ser depends. And also to the journalist Augusto Delkáder, a historical member of the group, who was in charge of the general direction of the SER, and who at the age of 71 will cease to be the editorial director of Prisa. Delkáder was part of the founding team of El País, under the direction of Juan Luis Cebrián.

Former President Felipe González has had a great influence on the editorial line of the communication group, especially in the newspaper El País, since he ended his tour as Prime Minister for 14 years. González has been the bridgehead of the company in Latin America and has marked the position of the newspaper on key issues such as the internal power struggle of the PSOE, in which the media was positioned in favor of the former president of the Board Susana Díaz compared to the current President of the Government Pedro Sánchez. Or the position of El País contrary to Podemos, or favorable to Ciudadanos and the Government of Mariano Rajoy. Felipe González will now leave this position on the editorial committee, but he maintains a contract in force with the company and will continue to write regularly in El País.

The medium-term plans of the current management of the company for the editorial committee, in which 17 people now participate, is to transform it into a smaller and more executive one.