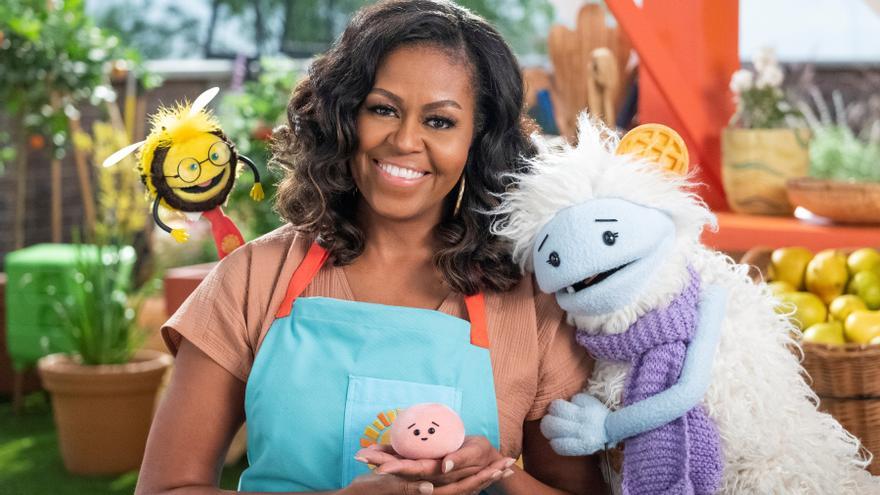 Madrid, Feb 9 (EFE) .- Michelle Obama will be the owner of a supermarket in “Gofre + Mochi”, a new Netflix family series that will premiere worldwide on March 16 and that the platform has co-produced with Higher Ground Productions, founded by Barack and Michelle Obama.

The series aims to invite children and adults to cook together at home, discover the secrets of food and connect with cultures from different corners of the world, Netflix indicates in a statement released today.

“Gofre + Mochi” tells the adventures of two great friends who share the same dream, to become ‘chefs’. But all they know and cook is made of ice, until they become employees of a supermarket and there their great culinary adventure begins.

Throughout their spectacular gastronomic journey they will have the help of the owner of the supermarket, Mrs. Obama, (Michelle Obama), a flying magic cart that will serve as a guide and the collaboration of renowned chefs, home cooks, children and celebrities.

“I am very excited to participate in this series so funny, comforting and magical. I wish there had been ‘Gofre + Mochi’ when my daughters were little, it is a great series to watch as a family and it gives parents the peace of mind of knowing that also their little ones learn something “, affirms the ex-first American lady in declarations that the mentioned communiqué includes.

Michelle Obama considers this series to be, in many ways, “an extension of the work” that she started as First Lady to promote children’s health. “We know that everyone loves a good meal and a good story, and that is exactly what our intrepid heroes offer: discovering the potential of potatoes or pickles as well as the art of picking up a broken egg.” it states.

It also indicates that the characters will be involved in their work behind the scenes working with the ‘Partnership for a Healthier America’ to encourage children to acquire healthier habits and help families access fresh food to cook together at home.