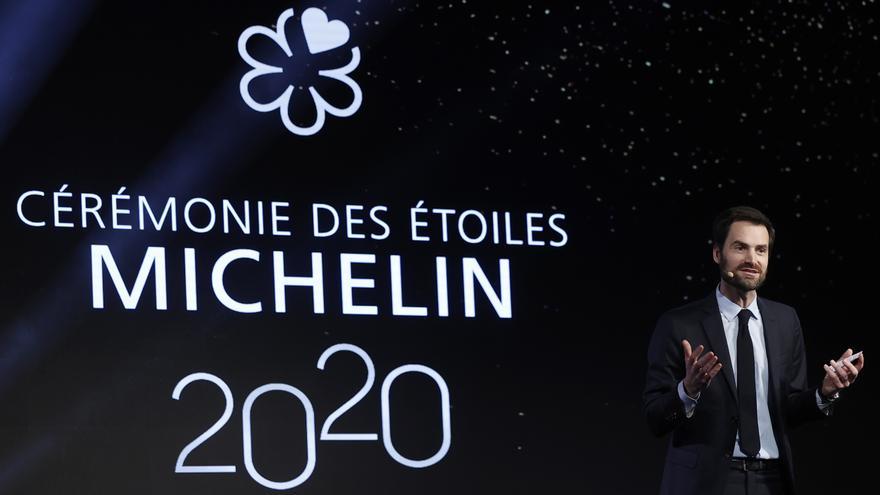 Madrid, Dec 13 (EFE) .- The pandemic has deprived the hospitality industry of the party that accompanies the presentation of the Michelin Guide for Spain and Portugal, but not of new stars, who will be announced this Monday at a gala that will be telematics for the first time and will be broadcast from Madrid.

The appointment is at 8:00 p.m., through its website and from the Royal Post Office, in the emblematic Puerta del Sol, and on Tuesday the publication will go on sale, which, as Efe has learned, has a growth “reasonable” for biestrellados, “high” for first new “shines” and a new distinction: the green star that rewards restaurants for their sustainability.

Regarding the regional distribution of these recognitions, the source anticipates that if Andalusia, the Canary Islands and Alicante “shone” last year, in this edition “other” communities will take over and will take center stage.

There will be star losses, most of them due to closures, and “a few” due to lowering of the standards claimed by Michelin.

And it will increase “significantly” the Bib Gourmand category, which recognizes good value for money and a ticket of less than 35 euros.

The international director of the Michelin Guides, Gwendal Poullennec, said in a letter published in April that they will be “flexible, sensible, respectful and realistic” with restaurants in the face of “the current difficult social and economic context” due to the COVID-19 pandemic. .

The pandemic has not only hit the hospitality industry, but has also hampered the work of Michelin inspectors, deprived of their field work during the confinement and, later, with the sector closures imposed in several Autonomous Communities.

For this reason, the period of their visits to restaurants was extended and the publication of the red guide has been delayed for a month, which this year will undergo an important digitization process to offer updated information in its application and on its website.

Since this year the gala that brings together the best chefs from both countries will not be able to be held, Michelin has been shelving videos prior to the presentation of its Guide to Spain and Portugal 2021, and brought together the chefs of the eleven tri-stellar restaurants in a debate in which they exposed the serious situation that the hotel industry is going through.

Although they were “optimistic” about the future of haute cuisine, which has made Spain a first-rate gastronomic destination, they demanded “answers and help” and asked the administrations for a more direct dialogue and from a position of “more sensitivity and more empathy “, because until now they have felt” belittled “and the loss of” between 30 and 40% of the premises is expected. ”

Spain has eleven restaurants with three stars in the 2020 Michelin Guide – the highest distinction – 28 with two and 168 with one, in addition to 262 with the Bib Gourmand seal. EFE