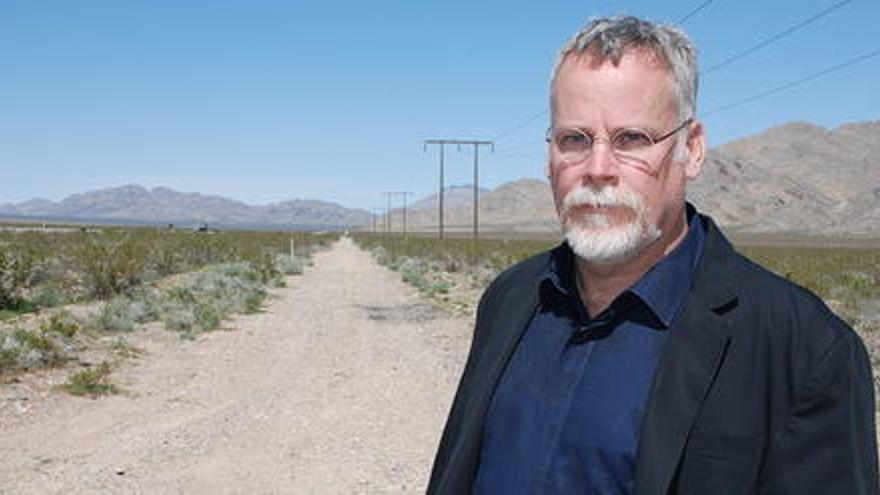 The American Writer Michael Connelly, what just published in Spain ‘Night fire’, a new installment of Harry Bosch along with Detective Renée Ballard, he confesses that in his novels “there is always a political message.”

In a press conference from Florida, Connelly recalled that he is a former journalist and feels like a journalist: “I try to reflect what happens in culture, politics, in the street, in the city and in this novel I cling to a real case“.

Connelly talks to a group of retired detectives to collect stories and in ‘Night Fire’ (AdN) the starting point was “the actual murder of a homeless man”, which made him think that “he could talk about the problem of the homeless, which is a monumental tragedy in Los Angeles” –

When he was a rookie homicide detective, Harry Bosch had a mentor, John Jack Thompson, who taught him to take his job personally and to be tenacious not to leave a case unsolved.

When Thompson died, after his funeral, his widow gives Bosch the report of a murder that he took with him when he left the police from Los Angeles 20 years ago: the open case of the murder of a young man with problems in an alley, used for drug deals.

Connelly confesses that He does not write his books so that the reader travels through Los Angeles but “the situation in the city is unique and complicated” and from his next novel his objective is “to place the action at the moment in which they are written, something that may have to do with the old journalist that he was”.

Thus, this next novel it will reflect “the pandemic situation, the George Floyd murder case and part of the movie we are seeing this week -In reference to North American elections-. It’s an interesting time with powerful changes. ”

Connelly, who in his personal life resides between the Democrat California and the Republican Florida, tries in his novels to find a balance: “Although I write about a detective who investigates, I try to give my point of view subliminally, because there are two types of truth, talking about a homicide or what happens when you cannot trust the president of United States because it doesn’t tell the truth. ”

Against this background, distrust of the police emerges, towards the vote count, which is why his Harry Bosch novels are “a declaration of intent and at the same time contain a political message“.

The writer believes that the great burden left Donald trump is “the low confidence of people in the mediaafter the president tried to undermine his credibility. ”

As a former journalist, Connelly calls on the press to “keep fighting” and “to be vigilant and rigorous, which is the role of the media” so that “confidence in them is restored.”

On the elections, Connelly breathes with “relief” well “the worst fear was the anti-Trump demonstrations if the president was re-elected “.

‘Night Fire’ is Bosch’s second installment with Ballard and confirms the intentions of its creator: “I made the decision to have a character who is aging in real time and I have been lucky to talk about him for many years, but he has grown older and can no longer run out to hunt the bad guys So he needed someone who could take on other aspects of the investigation that he can’t. ”

“Besides being a perfect complement, Ballard allows to extend the literary life of Harry Bosch”, confesses.

To paraphrase Clint Eastwood, Connelly thinks that “a person has to know his limits and Harry Bosch knows them and he’s smart enough to know which spaces he can get into and which he can’t. ”

Connelly, who already spoke of the riots in Los Angeles after the death at the hands of the police of Rodney King in ‘The Black Box’, has now run into the demonstrations by George Floyd: “It is clear that we have not made much progress and it has been disheartening to see systemic racism continue and that the cycle repeats itself over and over again. ”

Connelly admits that participating in the television series ‘Bosch’ has changed his way of writing novels: “When you write a novel you are inside someone’s mind, while in the series you learn to work more with the dialogues, which have gained importance in the novels to move the action “.

And now his novels contain “more flashback, more scenes, and the action is extended to other characters. The way of telling the story has been expanded.”

Asked about the pandemic, Connelly, who has been very productive, thinks that “the writers come off the subject with flying colors because they are more used to working alone and have routines of confinement“.

However, he confesses that at the beginning of the pandemic, “with uncertainty and not being able to trust what the government was saying,” he was paralyzed for three weeks and could not write, “for the first time in 40 years.”

His next novels, one already published in the United States and another that will appear this November, ‘Fair Warning’ (from the Jack McEvoy series) and ‘The Law of Innocence’ (from the series Mickey Haller, the Lincoln Lawyer), park moment to Bosch, something that Connelly is quick to attribute to “a coincidence, because in 2021 there will be a new Bosch novel.”