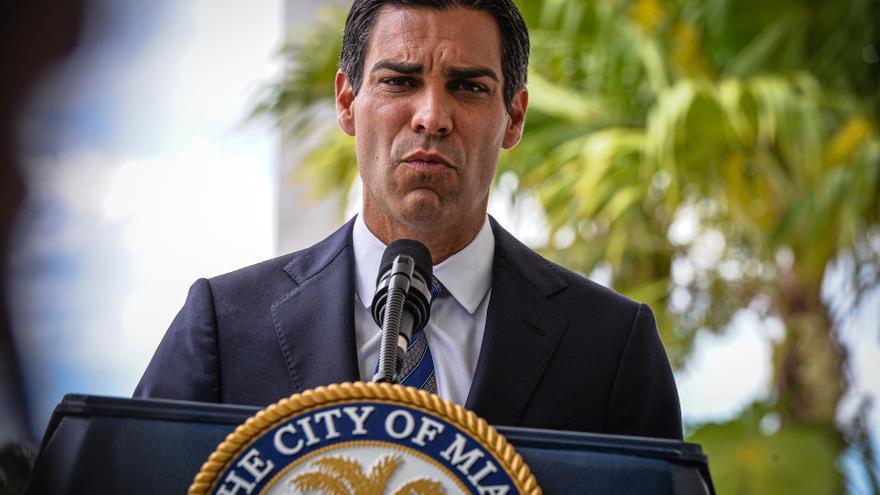 Miami, Jan 12 (EFE) .- The mayor of Miami, Francis Suárez, announced on Tuesday a series of events to celebrate the 125th anniversary of the city, which will take place next July, and predicted a “bright future” for the town most international community in South Florida despite the covid-19 pandemic.

“Congratulations to the city of Miami, we are beginning a series of events for the 125th anniversary, which includes several in the schools of the community,” said Suarez in front of Miami Senior High School, the oldest high school in Miami-Dade County, open in 1903.

“We are going to reach unimaginable borders,” added Suárez, born in Miami and the son of a former mayor of the city, Cuban Xavier Suárez.

Julia Tuttle, a businesswoman and farmer from Cleveland, Ohio, who owns land where the city was built, was its founder.

Thus, on July 28, 1896, Miami, which is now part of Miami-Dade County, obtained the title of city with a population of 300 people.

But Flagler didn’t listen to the woman when she said she was making the streets too narrow, Commissioner Joe Carollo lamented during the holiday presentation.

“Miami is a city like few others in the world, the emigration that has come has not only been from the Caribbean, but from Central America, South America, and frankly from all over the world,” said Carollo, former mayor of the city twice (1996- 1997 and 1998-2001), who was responsible for organizing the centenary in 1996.

“After New York, we are the city with the most consulates in the United States,” he explained.

Also, he added, Miami is “the city that has the largest cruise port in the world, while its airport is the first in the world in international cargo. Before the COVID, more than 32 million passengers passed through the airport annually.”

“This year is going to be good and we will leave the bad behind,” predicted Cuban Carollo, who arrived in the United States at age six.

Councilor Manolo Reyes said that for him “it is a great honor” to speak this Tuesday in front of the school where he studied when he arrived from Cuba, located in Little Havana.

“I’m from the first hello from Cubans who arrived in Miami in 1959. I lived two blocks from here. It brings me so many memories of what Miami was like … Now it is the most cosmopolitan and international city in the United States,” Reyes said.

All councilors referred to 2021 as a year that will be “much better” than the previous one, marked by the strong impact of the pandemic.

For Miami to be that picturesque city marked by the Cubanity of Calle Ocho, the Art Deco buildings and its famous spas, it had to count on the impulse of the railroad.

Construction also carried out by Flagler, and a subsequent line that connected the touristy Florida Keys together, attracted workers and people who settled in Miami, today with almost half a million inhabitants.