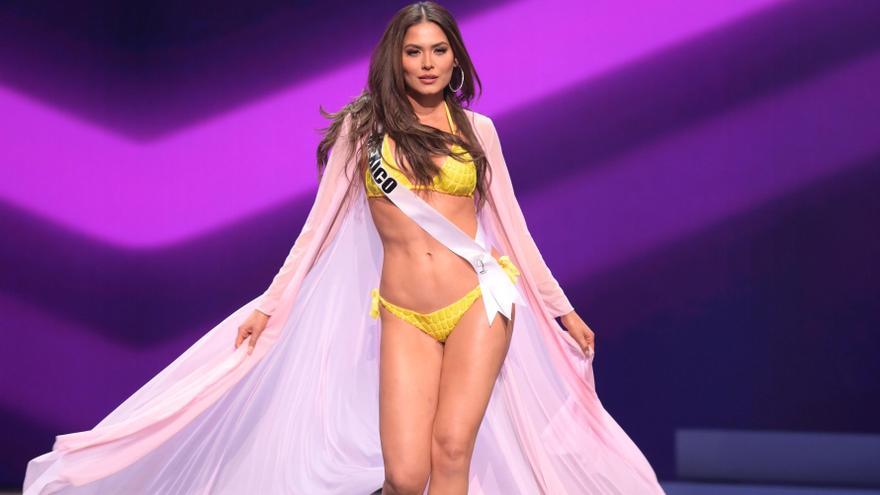 Hollywood (USA), May 16 (EFE) .- The Mexican Andrea Meza was crowned this Sunday as Miss Universe in a gala held at a luxury hotel on the outskirts of Miami that became a “Latin party”, since the first and the second finalists were Miss Brazil, Julia Gama, and Miss Peru, Janick Maceta.

Meza, a 26-year-old software engineer, thus carries the third Miss Universe crown to Mexico, after Lupita Jones, who won in 1991, and Ximena Navarrete, who won the title in 2010.

Miss Mexico, a native of the northern state of Chihuahua, had stood out since the first days of the competition, which took place at the Seminole Hard Rock Hotel and Casino, located in the city of Hollywood, located 36 km north of Miami.

Miss Bolivia Lenka Nemer received the first “Impact Award” for her organization “Urban gardens”, in which she teaches inhabitants of poor communities to grow their own food.

The award for the best traditional costume went to Miss Myanmar, Thuzar Wint Lwin, who managed to turn the catastrophe that her outfit did not arrive in time into an opportunity.

The candidate came out with the typical clothes of her country and a poster that read “Pray for Myanmar”, with which she completed her public denunciations about “the abuses” of the military junta that took power in her country on February 1 of this year through a coup.

The show, hosted by actor, producer and presenter Mario López, and former Miss Universe Olivia Culpo, began with the presentation of the candidates dressed in short sequined dresses in cheerful shades of orange, emerald green and turquoise blue, who presented themselves , to the rhythm of Pitbull songs.

The Cuban-American artist had been announced as the guest artist, but was replaced by Luis Fonsi at the last minute, without further explanation. The Puerto Rican singer-songwriter was in charge of giving the traditional serenade to the five finalists and did so by singing his most recent song “Vacío”.

BETWEEN COVID AND FEMALE EMPOWERMENT

Recognizing that the covid-19 pandemic had been both an obstacle and a source of inspiration, the outgoing queen marked with her words the great change in tone of the contest, which for the second time had a jury of only women.

“Let’s stop considering ambition a bad word. Women want more and more and dream big, ”said Miss Universe 2019, South African Zozibini Tunzi, who barely had two months to enjoy the crown, since all her plans as Miss Universe were turned off by restrictions to contain the contagions of the coronavirus.

Miss Mexico and Miss India had to answer questions related to the response of their governments to the pandemic. Both countries are among those with the highest mortality rate in the world and the beauty queens were very explicit in criticizing the situation.

“I would have closed the country long before what was done, and now I would be taking better care of citizens, because we have lost many people and we cannot lose more,” said Mexican Andrea Meza, in a response that convinced the judges and gave her an advantage over her peers.

“The government would have to carefully balance the need to protect lives and maintain the economy, but you cannot sacrifice lives for money,” said Adline Castellino.

Other important topics such as the fight against domestic violence, gender equality and female leadership were also discussed by the five finalists.

“I am the heroine of my own story, because I overcame a situation of abuse and women who suffer abuse know that they are powerful and they are not alone,” said Miss Peru.

THE BEAUTY OF AMERICA

From the beginning of the contest it seemed that the crown would stay this year in the American continent. In the first group of semi-finalists there were nine Latin Americans: Miss Argentina, Brazil, Colombia, Costa Rica, Mexico, Nicaragua, Peru, Puerto Rico and the Dominican Republic. Curacao, the United States and Jamaica completed the group of candidates from the continent.

Of these, Brazil, Costa Rica, Mexico, the Dominican Republic, Peru and Puerto Rico went to the second round, after the parade in swimsuits. The group of 10 was completed by Australia and India.

The four Latin Americans were among the oldest candidates in the contest. The second finalist Miss Brazil turns 28 this Tuesday, Miss Peru is 27 years old and Kimberly Jiménez, the fifth finalist and Miss Dominican Republic is 24 years old.

All of them are also activists, professionals and lead organizations with a concrete social impact.