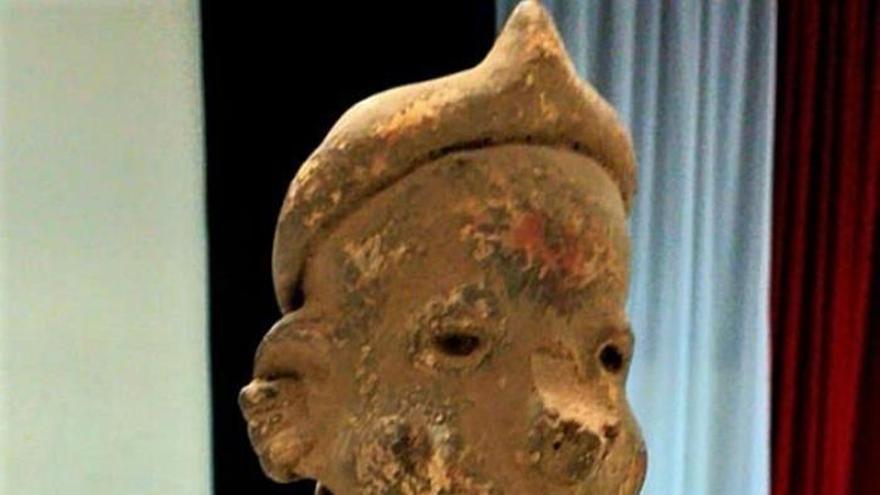 Mexico, Mar 10 (EFE) .- The Government of Mexico repatriated 280 archaeological pieces from the United States in a ceremony held at the Consulate General of Mexico in Nogales, Arizona, a collection that was delivered to the National Institute of Anthropology and History (INAH ) reported this Tuesday the institution.

In a statement, the INAH indicated the pieces correspond to two lots, the first seized by the United States Immigration and Customs Control Service (ICE) in 2012, which coordinated the review of cultural property and its identification with the Government. from Mexico.

The first batch is made up of “270 pre-Hispanic archaeological pieces, mostly carved stone artifacts, mainly projectile and bifacial points” and polished lithic tools that, specifically, are stone axes with a polished channel that allowed them to be subject to a stick or handle.

“It is remarkable a group of copper bells whose occurrence or discovery is rare. These archaeological assets were stolen from various archaeological sites in the state of Sonora,” said the note.

The second batch corresponds to “ten artifacts delivered by the Chandler Museum to the National Security Investigations Group (HSI, in English), a branch within Immigration and Customs Control (ICE), for their reintegration into the Mexican nation.

“Anthropomorphic ceramic figures from the Tombs of Tire Culture of western Mexico stand out. Some exceed 30 centimeters in height and present remarkable details of ornamentation and adornment of the ancient settlers of pre-Hispanic Mexico.”

The report pointed out that the INAH Sonora Center was the one in charge of the opinions and evaluations of the goods, through archaeologists Elisa Villalpando and Jupiter Martínez.

Meanwhile, the anthropologist José Luis Perea González explained that once in Mexican territory and under the custody of the INAH, “movable archaeological assets will be registered in the Public Registry of Monuments and Archaeological and Historical Zones, for which their analysis and cataloging will be necessary. “.

He commented that this process involves “recovering the greatest amount of data from the pieces that, although unfortunately their context of origin was destroyed,” will allow us to learn more about the companies that manufactured them and make the data that is registered available to the public.

In addition, he said that, eventually, all the pieces will be integrated into the permanent collection of movable archaeological assets of the INAH.

INAH stressed that the restitution of these pre-Hispanic pieces of the cultures of Sonora “constitutes a sample of the active cooperation between the United States and Mexico in the protection of cultural property” that concerns both countries and a commitment because the historical and cultural legacies return to their origin.