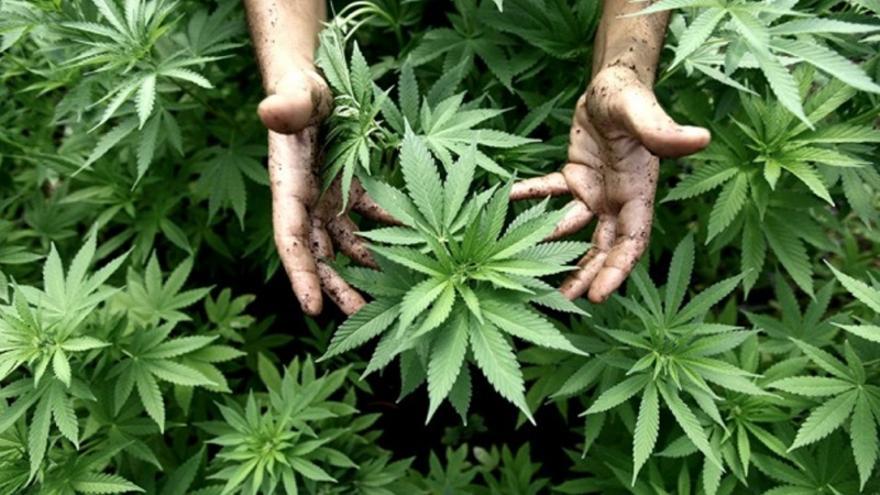 The Government of Mexico published regulations on Tuesday for the production, research and medicinal use of cannabis and pharmacological derivatives. The regulation comes after the reform of the General Health Law in 2017 and after in 2019 the Supreme Court forced the Secretary of Health to move forward with the process. With the medicinal field cleared, the Mexican Congress prepares to legalize the recreational use of marijuana, a move that would make Mexico, which has a population of more than 126 million, the largest legal cannabis market in the world.

The new regulation allows pharmaceutical companies to begin conducting medical research on cannabis products with the permission of the Federal Commission for the Protection against Sanitary Risks (COFEPRIS). The laboratories where the studies are carried out will be controlled by the health authorities but will be independent. The regulation establishes that a cannabis planting permit must be processed through the National Service of Health, Safety and Food Quality (SENASICA).

“It is a watershed that is taking us out of legal exile and medical exile, which closed the doors on us. I think that this regulation obliges doctors to find out a little more, ”Margarita Garfias, a member of the Familias y Retos Extraordinario, a parent association that has fought for the legalization of the medicinal use of cannabis for several years, told the Animal Político website. treat children with disabilities. In fact, it was the parents of a minor with a disability, Graciela Elizalde, who opened the discussion on the therapeutic application of cannabis in Mexico, after requesting a permit to import cannabis oil in 2015, which was denied. The family later got it with a legal protection. Two years later a reform to the General Health Law was approved to incorporate treatment with cannabis products.

The regulation came into force this Wednesday and will allow the landing of cannabis production companies, mostly from the United States and Canada, which were awaiting authorization in the medical field to advance with investments. The weak points of the announced regulations, according to Mexican activists, is that they do not resolve the issue of self-cultivation and obstacles in access to medicines for those who cannot import them in the short term, given that the installation of a supply of medicines in the country It will take time.

The green light for the research, production and use of cannabis in the medical field is another step on the road to legalizing marijuana in Mexico. At the end of last November, the Mexican Senate approved the legalization and decriminalization for recreational use, under the law for the Regulation of Cannabis. The project creates an Institute for the commercialization, import and export of cannabis, and allows users to carry up to 28 grams for personal consumption, which for the moment will not be enabled in public spaces. The law must be approved by the Chamber of Deputies, whose treatment and approval is expected from February. The Mexican Supreme Court established April 30 as the deadline for the project to be accepted.

If there are no setbacks, Mexico will become the world’s largest legal cannabis market in the coming months. National and foreign entrepreneurs are preparing for an economic “boom”. According to Guillermo Nieto, president of the National Association of the Cannabis Industry (Anicann) and one of the protagonists in the economic discussion of the legalization of cannabis, by 2021 a potential market of US $ 5 billion annually could be activated. Anicann brings together more than 200 entrepreneurs “ready to invest” and, according to Nieto, the production potential is three times higher than that of the crops in the United States and Canada.

“This competitiveness, in a market like the one that is coming, can make Mexicans spearhead in a new green economy. We like to think that Mexico is going to become the main producer of cannabis patents in the world” said the businessman last year. “It is the new green gold. Today we are thinking that we no longer have oil, because we must think about this, which is also renewable. Every 20 weeks a farmer can sow again, “he added.

According to Erick Ponce, president of the Cannabis Industry Promoting Group (GPIC), a legal cannabis market could generate between 100,000 to 250,000 jobs directly and indirectly, and produce dividends of between US $ 8,000 and 10,000 million by 2025, according to an interview with Business Insider Mexico.

It is not only local players who look favorably on the opening of a legal cannabis market in Mexico. According to Reuters, the giants Canopy Growth and The Green Organic Dutchman, from Canada, along with a unit of the Californian Medical Marijuana Inc, are “eager” to access the brand new market. The interest of these companies has become a focus of concern for Mexican activists, who fear that the regulations will mostly favor commercial interests, and especially foreign ones.. That was, in fact, the main criticism of the publication of the regulations for medicinal production and use: the greater encouragement to large foreign production companies than to the families of poor patients who today cannot access medicinal cannabis.

The economy will not be the only terrain to consider in a country where drug trafficking wreaks havoc. In 2019, Mexico experienced the bloodiest year in its recent history, with more than 34,000 murders, a large part of them the product of the conflict known as the “narco war.” The main question regarding the legalization of cannabis in Mexico is at this level. For the promoters of the initiative, legalizing it could significantly reduce the deaths that are registered today due to illegal marijuana trafficking, while the decriminalization would release a significant number of cannabis consumers and producers from prison.

“The first thing that’s going to happen is that no Mexican will die or go to jail for this plant,” said Nieto. “With that, everyone wins.”