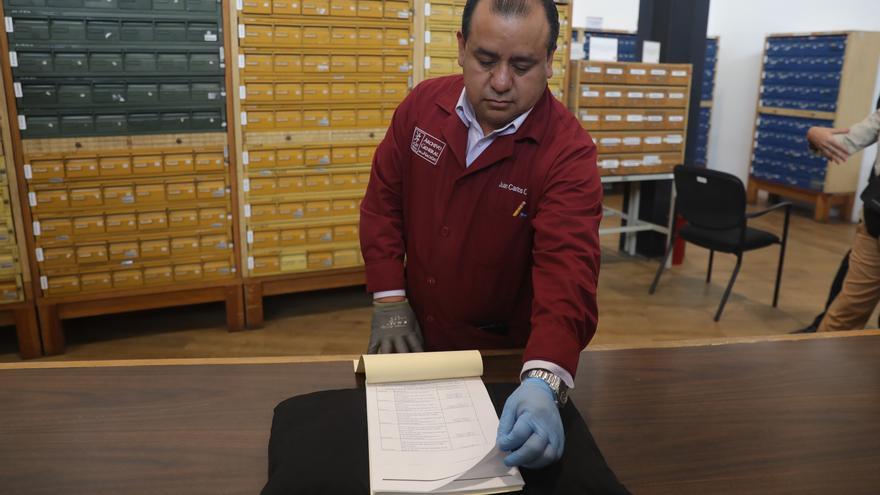 Mexico City, May 17 (EFE) .- The Mexican government seeks to repatriate from the United States at least 10 historical documents of the conqueror Hernán Cortés that, when promoted in auctions in that country, independent researchers identified as stolen from the General Archive of the Nation ( AGN).

The Ministry of Foreign Relations (SRE) confirmed to Efe on Monday that they have sought the help of the Washington Department of Justice and that they are already in cooperation with the federal prosecutor for the New York district to recover the manuscripts.

The case erupted as a result of a group of historians who found that the Swann Galleries auction house was offering last September a Spanish royal order addressed to Cortés and Pedro de Alvarado in 1521, the year of the Spanish Conquest of Mexico.

The document is one of 10 that, from 2017 to 2020, specialists have identified as “stolen in one way or another” from the AGN of Mexico, academic Michel Robert Oudijk, from the Institute of Philological Research of the National Autonomous University, told Efe. of Mexico (UNAM).

“For a long time we have been following several cases of auctions here in Mexico and abroad precisely for this reason, of documents that disappear from their original places,” he explained.

Academics such as the Mexican María Isabel Grañén Porrúa, president of the Alfredo Harp Helú Oaxaca Foundation (FAHHO), and the Spanish María del Carmen Martínez, specialist in Hernán Cortés from the University of Valladolid, also participate in the group.

Oudijk assured that “there is no doubt” that the documents belong to the Archives of Mexico because Martínez has photographs of the originals after decades of research.

“We see that in many cases the institutions that contain and handle these documents do not have sufficient security measures to prevent these documents from leaving there,” said the researcher, originally from the Netherlands.

With President Andrés Manuel López Obrador, since December 2018, the Government of Mexico has intensified its claims for historical objects abroad.

The Ministry of Culture and the National Institute of Anthropology and History (INAH) denounced last week at the Attorney General’s Office (FGR) an auction to be held this week in New York that included “pieces considered archaeological monuments.”

On February 9, in Paris, France, an auction of 30 pieces of pre-Hispanic art from Mexican cultures was held that the INAH tried to stop.

In addition, López Obrador has sought to bring historical pieces to Mexico that are in Europe to commemorate in 2021 the 500 years of the Conquest, the 200 years of Independence and the 700 years of the founding of Tenochtitlan.

But the researcher Oudijk lamented the “dramatic” budget cut that cultural institutions have suffered, so this group of historians “does the job that the INAH or AGN should do.”

“Now with everything that is happening from the commemoration of 1521, we talk about the importance of history, but if history is so important we have to invest money also in protecting it and the protection is about the documents,” he said.

The historian recalled that the sale of documents is legal in Mexico when it comes from private collections, but called for reforms that make it easier for the State to recover heritage that is in the interest of the nation.