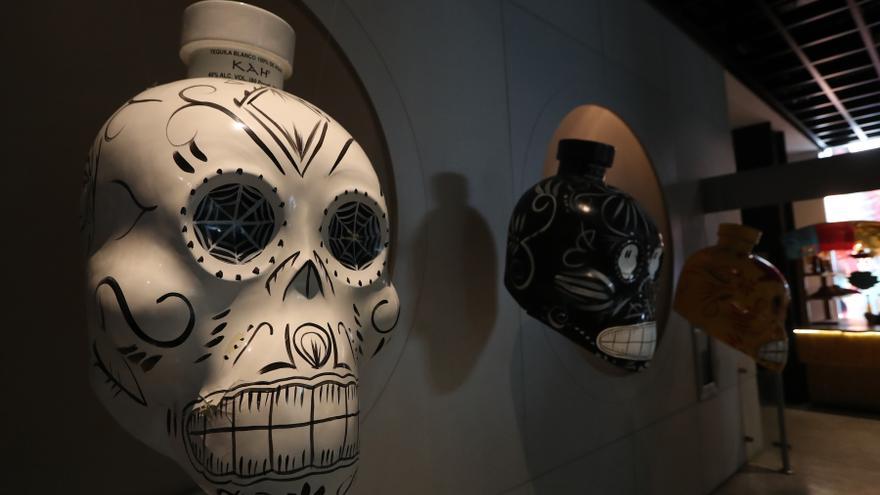 Mexico City, Jul 24 (EFE) .- The most emblematic Mexican drink celebrates World Tequila Day between production and export records, a reflection of its growing international appreciation despite the covid-19 pandemic.

The production of the drink increased by 6% in 2020 to the historic 374 million liters, and only in the first half of 2021 it already accumulates an annual growth of more than 37% with about 260 million, reveal data from the Tequila Regulatory Council (CRT).

Meanwhile, exports increased 16% in 2020 to almost 286.7 million liters, while in the first half of this year they have already risen 22.45% annually, exceeding 157 million, according to the CRT.

The export of tequila and mezcal represented 1,146 million dollars in the first five months of 2021, making it the third agri-food product with the most foreign demand, only behind beer and avocado, reports the Mexican Ministry of Agriculture.

“In numbers, (the pandemic) has not hurt the tequila industry so much, in reality they have continued to sell. It’s funny but part of the confinement is trying to calm down with a few drinks, “Ricardo Flores, an expert at the Museum of Tequila and Mezcal (Mutem) in Mexico City, tells Efe.

Tequila Day is celebrated this July 24 to commemorate that UNESCO declared the old industrial facilities and the landscapes of the agave plant in Tequila, the town of Jalisco, in western Mexico, from which the drink originates as world heritage. .

“The heritage of humanity is based on the agave cultivation and the old tequila factories, the idea is that it is not natural, it is considered that for more than 500 years that cultivation has existed”, comments Flores.

The expert is head of guides at the Mutem, a museum in the Plaza Garibaldi in the Mexican capital that does not receive the sponsorship of any brand, with a collection of 750 unique bottles of different tequilas.

The Mutem promotes the protection of the “agave tequilana weber”, the only official plant from which the 16th century mestizo drink comes, which resulted from the syncretism of indigenous and Spanish culture.

“That is the importance of tequila, it became the mezcal wine that gave tradition to the towns and that began a path that today is becoming spectacular,” says Flores.

A DRINK WITH CHALLENGES

Tequila production in Mexico has grown at an average of between 5% and 7% per year for 15 years, according to the Jalisco Agaveros Council.

But the drink faces challenges beyond its numbers and the pandemic.

The organization The Climate Reality Project has warned of the “devastating” effects of the climate crisis on the cultivation of agave, which suffers from extreme temperature changes such as heat waves and effects on rainfall patterns.

Losing the agave would increase pollution because the plant can extract and store the equivalent of 30 to 60 tons of carbon dioxide per hectare, the association cites.

“Mexico risks losing a strong economic income: in 2019 alone the industry generated more than 70,000 jobs,” he warns in an analysis shared with Efe.

Another challenge is to take care of the denomination of origin worldwide, for which the CRT has achieved protection in 55 countries in the world.

Just this month, the Council reported an agreement with Heineken that resolves legal disputes over the use of the word “tequila” in the Desperados beer made by the Dutch company.

“Unfortunately, the twentieth century regulations came perhaps too late for our drinks, they began in Europe, but today respect for tequila is worldwide,” says Flores.

And although the tequila industry has strengthened, other traditional businesses such as canteens, bars and restaurants have lost customers due to the pandemic, so Flores asks to safely attend the Mutem.

“It is worth knowing the country through its drink, that is the panorama that we open,” he concludes.