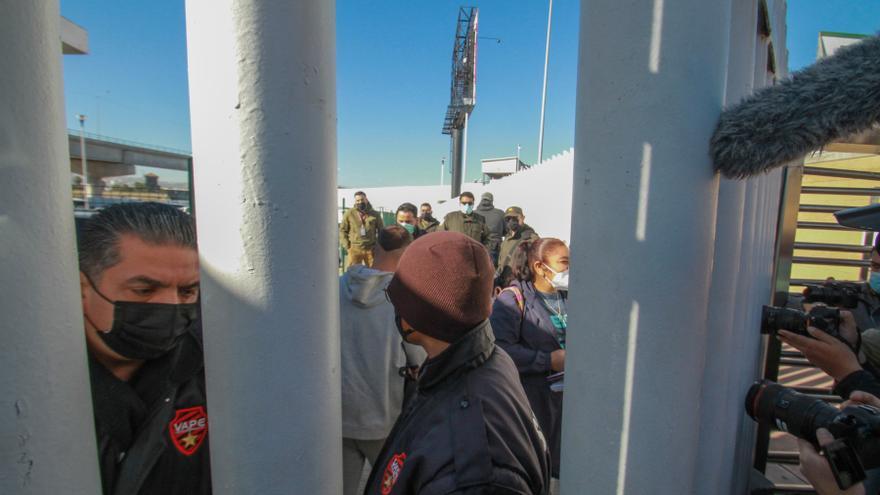 Mexico, Feb 19 (EFE) .- Mexico and the United States will maintain the closure of their common border for non-essential travel until March 21, when it will be one year since the implementation of the measure, after agreeing on the extension on Friday of restrictions on land traffic for another month.

"After reviewing the development of the spread of covid-19 and due to the fact that various states are in the orange epidemiological traffic light (high risk of contagion), Mexico proposed to the United States the extension, for another month, of the restrictions to non-essential land transit on their common border, "the Ministry of Foreign Relations explained on Twitter.

According to the Mexican Foreign Ministry, the restrictions, which were scheduled to end this month, "will be maintained in the same terms that have been developed since their implementation."

On March 21, 2020, Mexico and the United States closed their borders for non-essential travel, that is, those for recreational or tourist purposes.

They also halted the open migration processes in the United States, leaving, according to NGOs, thousands of migrants stranded on the northern Mexican border.

Those processes were resumed this Friday, after the order of the new US president, Joe Biden.

The established restrictions have not prevented the commercial transit of food, fuel, medical care equipment and medicines across the border between the two countries.

Mexico's border with the United States, which stretches for more than 3,000 kilometers, is also one of the busiest in the world with more than a million people crossing each day and exchanging goods and services worth 1.7 billion dollars a day.

Mexico registers, according to the figures of the Ministry of Health, 178,108 deaths and more than 2 million confirmed infections.

With these data, the Latin American country remains the third country in the world with the most deaths from the pandemic, behind the United States and Brazil.

In addition, Mexico is the thirteenth country in the world in terms of the number of infections, according to the independent count of Johns Hopkins University.