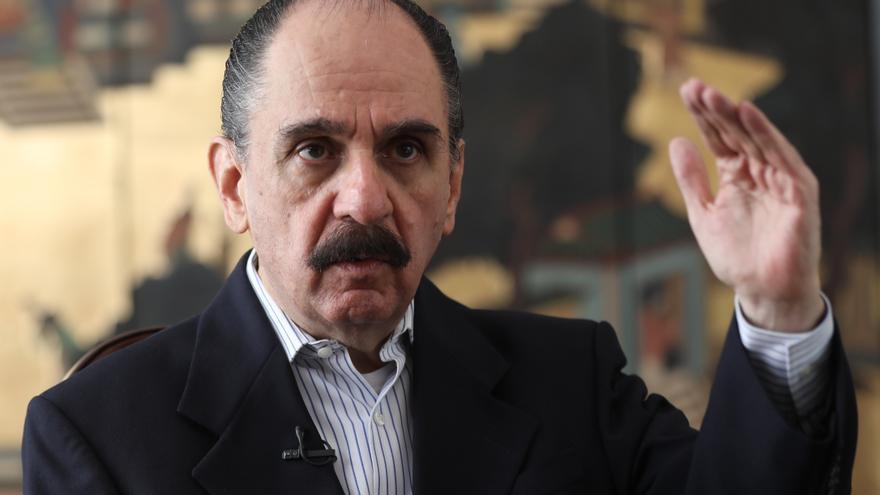 Mexico City, Apr 9 (EFE) .- 500 years ago, Moctezuma II was defeated by the troops of Hernán Cortés. Today, Federico Acosta, a descendant of the Aztec emperor, believes that it is not necessary for the Spanish to apologize for the conquest: “Mexico is the family of Spain and Spain is the family of Mexico,” he claims.

“It seems to me that there is no need to ask for forgiveness. What happened, happened. Today (Mexicans) are the result of this miscegenation,” Acosta said in an interview with Efe this Friday from his elegant home in the south of the capital. .

The government of Andrés Manuel López Obrador has prepared 15 commemorative events, but the president has been warming up since 2019, when he demanded that King Felipe VI of Spain and Pope Francis apologize for the abuses of the conquest.

Acosta, one of the 300 descendants of Moctezuma Xocoyotzin documented and distributed throughout the world, believes that the apologies already took place in 1835 through the definitive Treaty of peace and friendship between Mexico and Spain, with which both nations reestablished relations after Mexican independence .

“In families, when we reconcile, we shake hands and that’s what we are. This is what we are, a family. Mexico is a family of Spain and Spain of Mexico. You do not have to apologize for anything, it is to make a difference that it doesn’t exist, “says Acosta, with a prominent mustache.

Dedicated to the shipping sector and finance, Federico Acosta grew up in a family “with great pride in being descendants of Moctezuma”.

Considered the last tlatoani (emperor) with effective power over Tenochtitlan, Moctezuma had about twenty children, but only two were recognized: Pedro and Isabel.

The first moved to Spain, while the second received from the Crown of Castile the territories of Tacuba, Metepec and Huixquilucan, for which their heirs received a pension, first from the Crown and then from the Mexican State, for several generations.

Federico Acosta’s grandmother, Elena Sierra Abadiano, collected this pension until 1934 when it was abolished by the Mexican government. “It was not a strong amount, but it was a recognition of the lineage. It is the way that in my family we can demonstrate the descent,” he says.

Without a pension or nobility title, now Acosta only seeks to vindicate the figure of the tlatoani, since “for some reason there is not even a street with his name” in Mexico City, he reproaches.

“Moctezuma was forgotten, put in the trunk because he had to be finished with. He was the spiritual leader, the maximum general and had an impressive mysticism. Such a strong figure had to be eliminated,” he explains under the huge portrait of the Virgin of Guadalupe that hangs in your living room.

Contrary to the story he was taught at school, according to which Moctezuma was stoned to death by his own people as a result of the arrival of the Spanish, Acosta maintains that there is “a malformation” of that story.

He explains that the emperor wanted to confront the Spanish with the Army, but his council prevented him from doing so and forced him to receive them as diplomatic representatives.

In addition, it praises the tlatoani as “the best emperor and perhaps one of the greatest there was at that time”, who had a palace of unimaginable dimensions where the National Palace of Mexico currently stands, seat of the Presidency.

The string of achievements that he exposes of the Aztecs is almost infinite: Tenochtitlan was “incredibly beautiful”, education and health were free for everyone, they had very deep knowledge in medicine, they did mathematical calculations with the number zero before the Europeans. .

For all this, more than getting involved in disputes with Spain, Acosta advocates “recovering the identity of the Mexican”, which is “the result of two great cultures”, but too many times the European part is spoken of and the pre-Hispanic one is forgotten.

“Above all, the code of conduct must be recovered. In the Aztec world there was no room for lying, deceit or corruption. The punishment was immediate death,” explains Acosta, who in 2019 met at a ranch with more than a hundred descendants of Moctezuma.