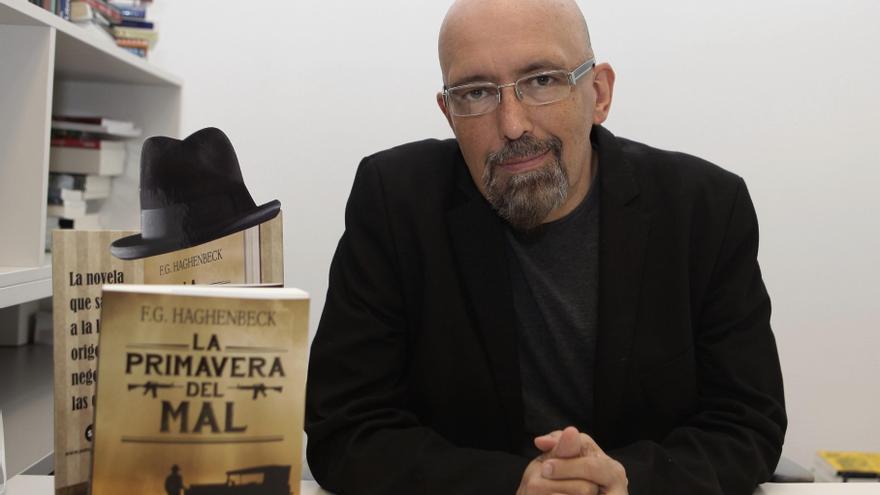 "We regret the death of the Mexican comic writer and scriptwriter Francisco Gerardo Haghenbeck. Winner of the 2013 Nocte Award for the best foreign book with his work El diablo me obligaó (2011)," said the Secretary of Culture of Mexico City in a message in Twitter

Meanwhile, the Coordination of Cultural Diffusion of the National Autonomous University of Mexico stated that "the graphic novel and the Mexican comic would not be the same without the work of Francisco Haghenbeck. We regret the death of this essential writer and screenwriter. Our condolences to his relatives and friends".

Haghenbeck's family, who is the only Mexican who has written a version of Superman for the DC Comics firm in 2002, launched a campaign on social networks last Friday to get blood donors.

"The entire Haghenbeck Correa family is very moved and grateful to all family members, friends, acquaintances and the community of Tehuacán (Puebla) in general for the quick response to our request for blood donation," wrote his wife, Lillyan Funes.

But this Sunday, the film director Sebastián del Amo, who was developing a series based on the novel Trago amargo (2006), by Haghenbeck, reported his death.

"A great writer, friend, accomplice, creative partner has just died ... Rest in peace Francisco Haghenbeck. I repeat what I told you a few days ago: I love you ... All my love to Lillyan Funes, her daughter Arantxa and to the rest of the Haghenbeck family, "Del Amo said on Facebook.

The author, who had the characteristic of signing as FG Haghenbeck, was the creator of the book "The devil forced me" (2011), which inspired the Netflix platform to make the Diablero series.

Haghenbeck was born in Mexico City in 1965, studied architecture at La Salle University, worked in several museums and founded the publishing house dedicated to the Mexican comic Costal de Huesos.

Between 1999 and 2001 together with Brian Augustyn and Oscar Pinto he wrote the script for Crimson, a series of fantasy and horror comics, first published by Image Comics and later as part of DC Comics' Wildstorm line.