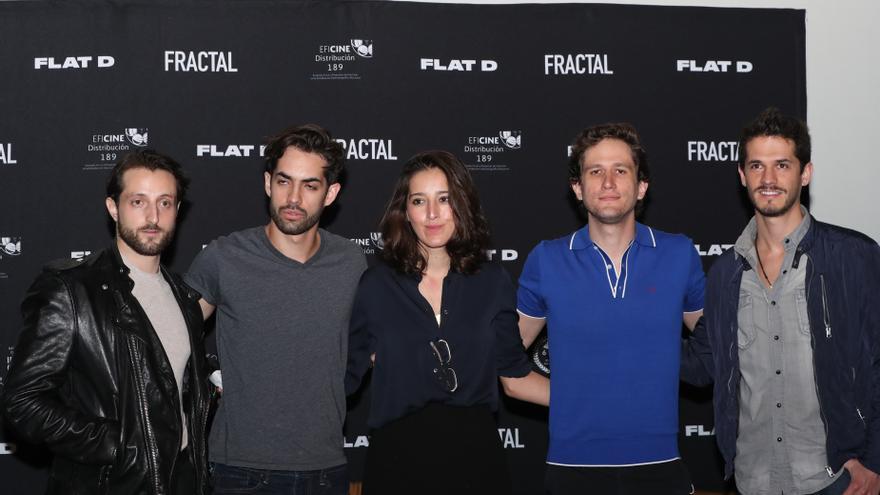 Mexico City, Jul 20 (EFE) .- The film “Fractal”, the debut of the Mexican Mariana González, which opens in theaters on July 30, recounts how a group of three friends lives the disappearance of their friend, who is a metaphor for how lost they feel in that limbo between their youth and adulthood.

“(The idea) arose from a stage of life, it is a personal story although not autobiographical. It is the post-academic moment in which I was in limbo finding my way and trying to know what was going to happen next,” said the director of the tape at press conference.

One Sunday morning after a long night, three upper-class friends – Tamara (Ruth Ramos), Marco (Juan Carlos Huguenin) and Fede (Mario Moreno) – are desperately looking for Mónica (Ximena Romo), with whom they cannot they manage to contact after having been with her.

Youth, drugs, fatigue and the context of Mexico make them think the worst and throughout the film, with slow and fast rhythms interspersed, they move in the car through the city trying to know where Mónica is.

However, the frenzy of the search, and the details that become known about each of the characters throughout the film, reflect how lost they feel in a “post-academic” moment in which they seek strong emotions to avoid difficulty. of this search

“For me it is a tale of youth. It is a journey from unconsciousness to consciousness. It is a moment in which you do not measure dangers, you are not knowing what happens outside your bubble. That Sunday morning they had a kind of wakeup call (alarm clock), it is a message from the beginning of their lives from then on, “González told Efe.

The protagonists also look for Monica without help from anyone. In a country where more than 10 women are murdered every day, according to data from civil organizations, they fear that she has been kidnapped.

And they are looking for her alone, they do not want to call the police because they know that many are corrupt and that they will probably not help them.

Mario Moreno (grandson of Mario Moreno “Cantinflas”) said that the film also “represents the collective paranoia of all Mexicans”, while Huguenin considered that a feeling is collected that not only crosses young people, but also people of all ages who are living an inner search.

Another actor, Ricardo Gutiérrez, acknowledged that he found himself in situations in which a night out was complicated or a danger that was unknown ended up feeling palpable.

“If you don’t expose yourself, you don’t have those experiences. In the end we get out of it, (…) although it’s dangerous to get into it,” he said.

Starting next Thursday, July 29, the film, made with a low budget and cut between commercial and auteur cinema, will be in all the cinemas of the country and other art cinemas.