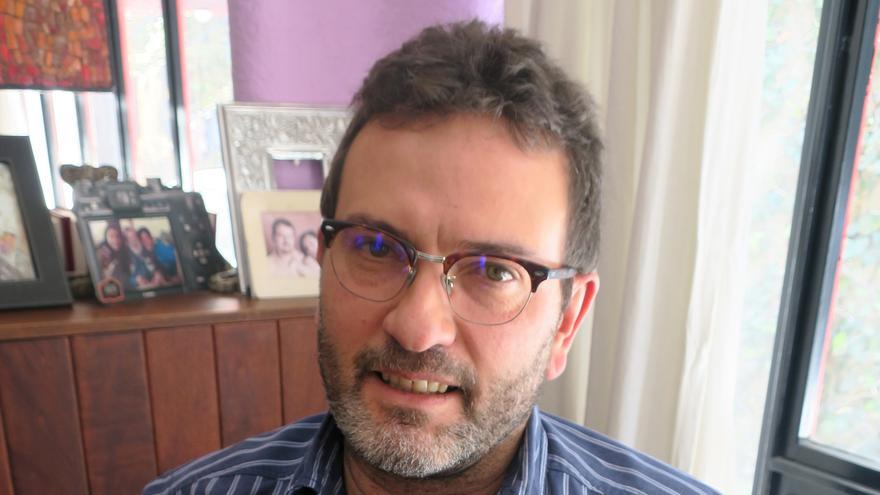 Mexico City, Jun 25 (EFE) .- Mexican cartoonist Antonio Helguera died this Friday at the age of 55 due to a heart attack, reported the newspaper La Jornada, for which the cartoonist works.

"La Jornada deeply regrets the death of our friend and colleague, the monero Antonio Helguera," the newspaper noted on its Twitter account and referred to a video of a conversation with the cartoonist, from December 2017, when he received the Tribute to Caricature award. La Catrina 2017 edition.

"It hurt me a lot to learn of the death of Antonio Helguera. It is not a common place to affirm that it is an irreparable loss; he leaves a void impossible to fill: he was not only a good citizen, but a creative man loyal to just causes", wrote the president of Mexico, Andrés Manuel López Obrador on Twitter.

"I embrace Alma, her children, the moneros, her supporters and friends," added the president.

Helguera, who studied engraving at "La Esmeralda" National School of Painting, Sculpture and Engraving, began his career in 1983 as a political cartoonist for the newspaper El Día and continued in La Jornada and Siempre! Magazine.

He also promoted the creation of the political cartoon magazines El Chahuistle and El Chamuco, of which he was co-editor.

The cartoonist along with other Mexican cartoonists of his generation adopted the adjective of moneros (for drawing monkeys or figures), he demonstrated politically and considers himself a follower of President López Obrador, who pointed to him as his friend.

The head of Government of Mexico City, Claudia Sheinbaum, also mourned his death.

"Brilliant, funny, assertive, critical, always committed. Dear Antonio Helguera, your departure hurts us. To your family, affection, like everyone in La Jornada. Until always until always dear Helguera," Sheinbaum said on Twitter

Helguera received the National Journalism Award in 1996 and 2002 and his passion for caricature and journalism led him along with several of his colleagues to host the television program El Chamuco TV, produced by Canal 22, Canal Once and TV UNAM.