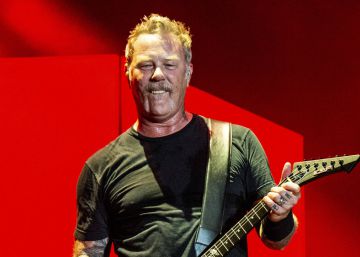 Metallica He postponed his concerts in Australia and New Zealand from his next tour after the vocalist and guitarist James Hetfield re-enter addiction rehabilitation treatment, the US band announced Friday.

"As most of you probably know, our brother James has been fighting addiction for many years. Unfortunately, he now had to re-enter a treatment program to work again on his recovery," said the other band members of heavy metal, Lars Ulrich, Kirk Hammett and Robert Trujillo, in a statement published on its official site and relayed in messages on Twitter.

"Once again, we are devastated to have bothered many of you, especially our most loyal fans who travel great distances to witness our shows," they said.

Once again, we are devastated that we have inconvenienced so many of you, especially our most loyal fans who travel great distances to experience our shows. We appreciate your understanding and support for James & thank you for being a part of our Metallica family.

The first show that the famous heavy band had planned in Australia was on October 17 in Perth, as part of their WorldWired tour. That section was due to end on November 2 in Auckland, New Zealand, after eight presentations.

The group said they plan to reschedule the tour dates "as soon as health and the calendar allow." Likewise, he announced that all tickets for canceled concerts will be refunded.

Metallica was formed in 1981 in Los Angeles and became one of the most successful heavy metal bands in the world, selling tens of millions of albums. Hatefield had already had problems with substance and alcohol addictions, which were addressed in a 2004 band documentary called Some Kind of Monster.