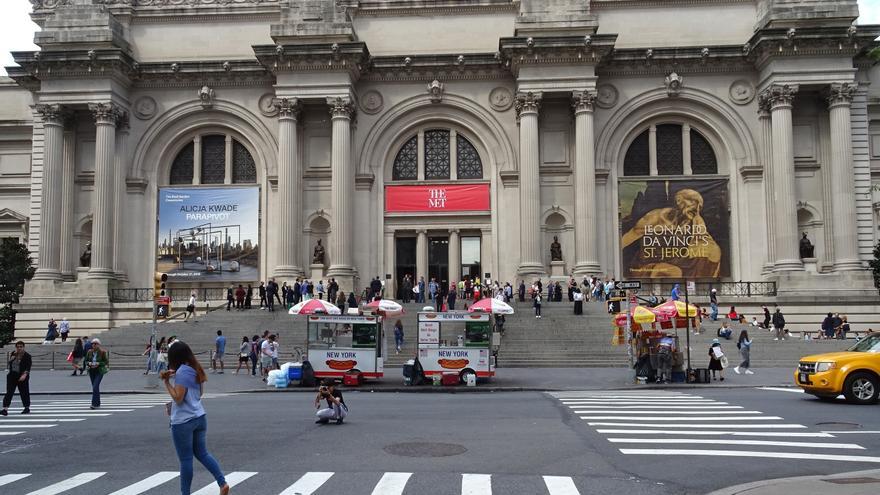 New York, Jun 10 (EFE) .- The Metropolitan Museum of New York (Met) announced that it will return two bronze plaques to Nigeria, part of a group of West African artifacts known as the Benin bronzes, a decision that makes The institution is the latest to join efforts to repatriate looted works of art, local media reported on Thursday.

"The Met is pleased to have initiated the return of these works and is committed to transparency and responsibility when collecting cultural properties," the museum said in a statement Wednesday.

The Met has also been involved in the return of another piece, a bronze head from the city of Ife (Nigeria) that is estimated to be from the 14th century, which was offered to the museum.

Specifically, the two pieces that belong to his collection and that will be sent back are two bronze plaques with reliefs entitled "Warrior Chief" and "Junior Court Official", which were created in the kingdom of Benin in the 16th century and which They are part of a group of pieces that were plundered by British forces in an assault in 1897 on the city of Benin, which is located in present-day Nigeria.

This group of pieces were later distributed to various private collections and museums around the world.

According to the Met, the works have already been formally transferred, although the date of their shipment to Nigeria was not specified.

The two plates passed first through the British Museum and then through the National Museum in Lagos, and although they were never officially loaned by the latter, they were offered on the international art market "under unknown circumstances" and were acquired by a collector in New York. , which in 1991 gave them to the Met, explained the institution.

The New York museum, which has in its collection some 160 works from the city of Benin, including the prized "Ivory Mask of Benin", assured that it initiated the return after having carried out investigations together with the British Museum in the past anus.

The pieces are expected to be exhibited at the Edo Museum of West African Art in the city of Benin (Nigeria), which is being designed by the architect David Adjaye and is expected to open its doors in 2025, although the opening date has been set. delayed repeatedly.

The return of the Met comes just over a month after Germany announced that next year it will begin to return Benin bronzes from its national collection, while pressure on other institutions to do the same.

Nigerian Minister of Information and Culture, Alhaji Lai Mohammed, asked in a statement that other museums reconsider the return of works that were taken from the African continent during the colonial era.

"Nigeria requires other museums to follow suit," Mohammed said in reference to the Met's decision. "The art world can be a better place if owners of cultural artifacts take into account the rights and feelings of people. dispossessed, "he added.

Among the museums that have the largest number of bronzes in Benin are the British Museum, which has 928 works, and the Weltmuseum in Vienna, which has 173. EFE