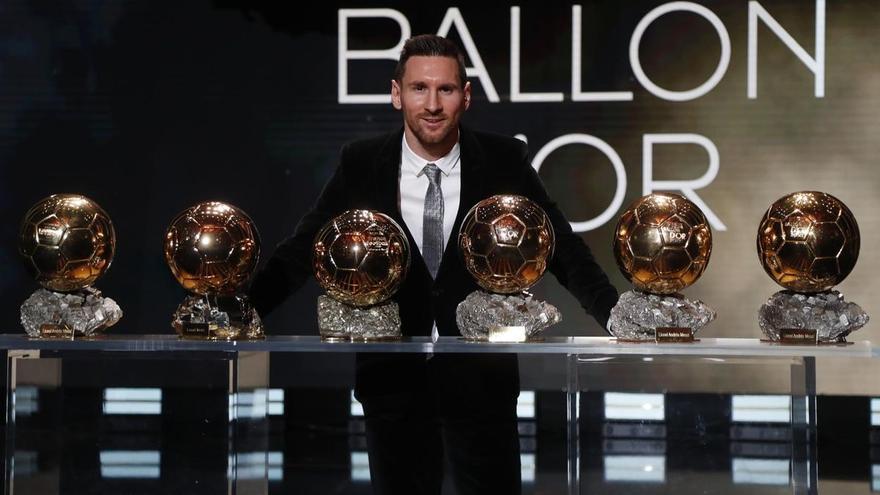 There is general tiredness to bestow Leo Messi the best player award. It doesn't matter who the award comes from. The incomparable regularity of the Argentinian leads voters to relativize his merits, or oversize that of others. There is no individual award more prestigious than the Golden Ball, the one awarded by the magazine 'France Football', and Messi has already risen in six times to the stand to collect the trophy. This Monday aim for the seventh, although as has been happening lately, there will be those who think that their year has not been so bad, or that other players, their rivals in this edition, Robert Lewandowski, Kylian Mbappé or even Karim Benzema, they should have the right to conquer the first of their careers. The mystery will be revealed at 8:00 p.m. in a ceremony to be held at the Châtelet theater in Paris.

The ex-bluegrana, now in the ranks of the Paris Saint-Germain, counts as guarantees of your candidacy the conquest of the America's Cup -after three lost finals with the albiceleste-, the title of top scorer of the last league with the Barça and the achievement of Copa del Rey. A new award would allow him extend the distance with Cristiano Ronaldo, who adds five, and would objectively strengthen the consideration of the best player of all time.

Messi won the last Ballon d'Or in 2019, by just seven votes, and his landing in French football may somehow influence in his favor in a vote in which 180 journalists from around the world participate. In 2020, due to the pandemic, the award was not voted or awarded for the first time in history.

No changing of the guard

The Polish Lewandowski opposes as credentials the Bundesliga title with Bayern Munich and the Golden Boot as the top scorer in the major European leagues. His year should be the previous one, the one that was canceled, in which he raised with the Bavarian team the Champions. There is an outstanding debt with him and it remains to be seen how that has weighed on the votes. Benzema, who did not win anything, sounds thanks to the Madrid media trumpeter, always so loud. Messi, Lewandowski and Benzema, including Cristiano Ronaldo, whose name never completely disappears, are over 33 years old, which means that the changing of the guard has not yet come.

Among the 30 nominees there is a Barça footballer, Pedri, who has no choice in the highest award but you can perfectly hear his name when the winner of the Kopa Prize is known as best youngster. Pedri, injured, has already won a similar award, the Golden Boy of Tuttosport. The Spanish César Azpilicueta, champion with Chelsea in the Champions League, and Gerard Moreno, the best player of the last edition of the Europa League, also appear in that list of 30 candidates.

Messi's forward teammates at PSG, the French Kylian Mbappé, and the Brazilian NeymarThey are also in the nominee list, as is Edin Haaland. The Norwegian and Mbappé are called to compete in the near future as Messi and Cristiano have done in recent years.

The Chelsea and the Manchester City, the two finalists of the last Champions League, present five candidates each, followed by PSG, with four. A poor year for Barça, who will have to throw the confetti for the female category.