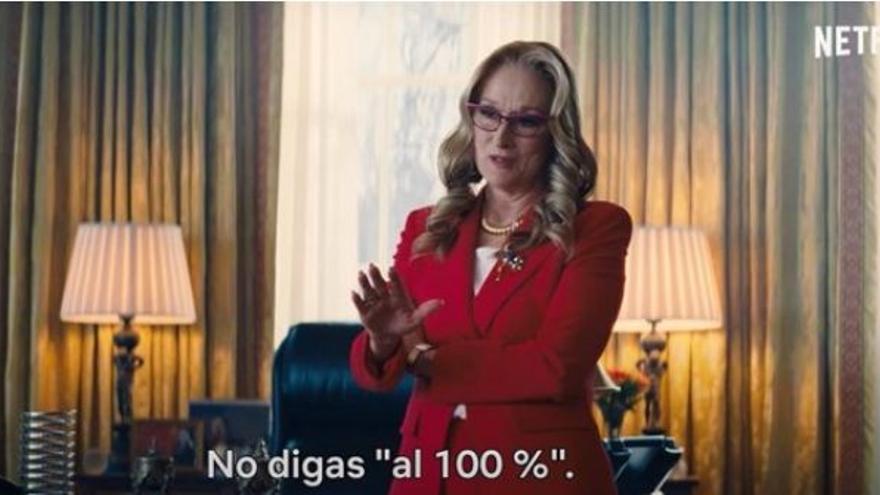 Meryl streep will be one of the protagonists of ‘Extrapolations‘, a Serie television that prepares Apple tv+ with an argument that will narrate how the consequences of the climate crisis they alter the daily lives of their characters.

The actress will join a cast that also features Kit Harington, Sienna Miller, Tahar Rahim, Matthew Rhys, Daveed Diggs, Gemma Chan, David Schwimmer and Adarsh ​​Gourav, all of them under the direction of Scott. Z Burns.

Burns has experience in recreating undesirable but possible scenarios, as he was the screenwriter of ‘Contagion‘, a film released in 2011 that imagined a pandemic global and that in 2020 experienced a peak of popularity due to the similarities of its argument with the pandemic of the coronavirus.

Now, the series starring Streep, “will examine how the imminent changes on the planet they will affect people’s love, faith, work, family and lives throughout eight interconnected episodes, “the Apple TV + platform indicates in its announcement.

The chapters will also imagine how the different countries of the world will fight for survival of its inhabitants.

It is unknown when the shooting of the project will begin and lto release date of the series.

Streep, the most nominated actress for the Oscar awards of history, he made the leap to the small screen with ‘Big Little Lies’, an acclaimed series of HBO in which she shared the limelight with Nicole Kidman and was nominated for Emmy for best supporting actress.

For its part, Apple is not skimping on budget to sign popular television faces like Jennifer Aniston, Oprah Winfrey and Keira Knightley, next to cinema icons such as Martin Scorsese, Sofia Coppola, Ewan McGregor, and Tom Hanks.