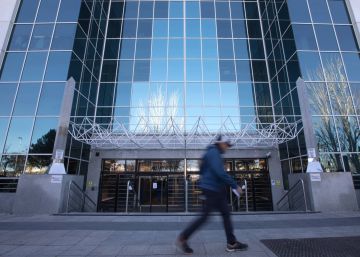 Merlin Properties, the largest listed real estate investment company (socimi) of Spain, already accumulates assets worth 12,751.3 million euros. Your portfolio of offices, shopping centers, logistics parks and floors (last year it was made with 14% of Operation Chamartín) they revalued 5.9% in 2019. Almost in the same proportion, 5.2%, the income that the company receives for the rental of its spaces grew. Last year they rose to 525.9 million euros, compared to 499.7 million in 2018.

What has not shone so much, according to the accounts presented this Thursday by the socimi before the National Securities Market Commission (CNMV) is the final result. The 563.6 million net profit represents a decrease of 34% with respect to the 854.9 million euros of 2018, an exercise in which Merlin scored 170 million capital gain on the sale of its share in Testa Residential to the fund Blackstone That fact and “the lower revaluation of assets” are what explain the fall in profit, he explained Ismael Clemente, CEO of the company. Discounting outliers, the profit rises to 212.5 million, 3.6% more.

In Clemente’s opinion, 2019 was “a particularly active year in occupation.” In fact, the company ended the year with 94.8% of its rented spaces, compared to 93.4% the previous year. In the office portfolio, which represents approximately half of the assets of the socimi, occupancy increased to 92.8%. It also increased in shopping centers to 93.3%. However, logistics showed a slight decrease, from 98.2% a year earlier to 97.7%. For the first director of the company, it is a temporary descent: “I do not believe that we have to infer any kind of trend,” he said.

The purchase of 14.46% of the Castellana Norte District (DCN) was the most striking operation Merlin carried out last year. DCN is responsible for urban development known as Operation Chamartín, one of the largest real estate operations in Europe as it will redesign 2.65 million square meters of land in the north of Madrid. Until last year it was in the hands of BBVA and the construction company San José, but the largest Spanish socimi bought an important part of its participation from the latter. Clemente has judged that he will contribute “workload until 2050” for Merlin, which he believes will be well valued by long-term investors.

For the moment, Operation Chamartín will imply for the socimi an additional disbursement of 49 million in its investment plan until 2022. In later phases another 191 million will be required until all the land is urbanized and ready to be built. These calculations of the company are elaborated on the assumption that it maintains its current participation in DCN; if this varies, the contribution you should make would also do it. Clemente considers that it is a reasonable investment that can be undertaken “comfortably” by reserving 20% ​​of the annual cash. This ended 2019 at 313.3 million, with a growth compared to the previous year of 9.2%.