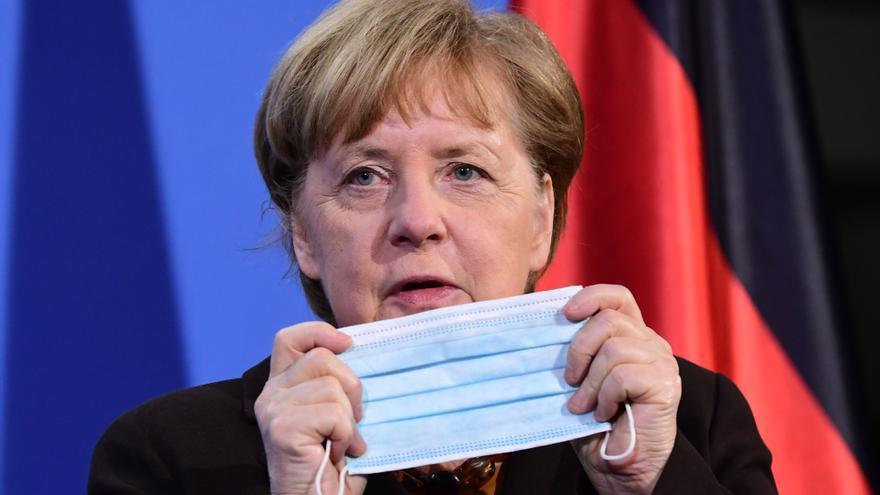 “Has the third wave already passed?” Handelsblatt earlier this week. He did so when he realized that the incidence at the end of last week was 110.4 new cases per 100,000 inhabitants in the last seven days. That number was preceded by clearly higher data, above 130. But, at the end of this week, without going any further, the average incidence of the country was already 160 new infections per 100,000 inhabitants in the last week, according to the data from the Robert Koch Institute, the federal agency for disease prevention and control.

It is clear, therefore, that the third wave of infections has not ended in Germany. What’s more, Chancellor Angela Merkel has said, the third wave could be the worst to hit Germany, which is on track to record 80,000 deaths from COVID-19. With a vaccination rate still judged to be slow, maintaining basic measures against the spread of the virus and carrying out tests continue to be key in the fight against the infectious agent pandemic.

In this context, Olaf Scholz, the vice-chancellor and the finance minister as well as candidate for chancellor of the Social Democratic Party of Germany (SPD), together with his party colleague and Labor Minister, Hubertus Heil, have managed to impose on the grand coalition ‘a specific measure to try to control contagions in the workplace: the obligation for companies to offer tests to their employees. This measure is included in the latest decree on labor legislation approved by Merkel’s cabinet.

After a month and a half of debate, starting next Monday, company workers who cannot telework will be able to take at least one test during their working hours to find out if they are infected or not. For those people whose work consists, for example, in being in front of the public, and therefore in contact with more people, up to two weekly tests may be carried out.

These tests may be, for example, rapid tests to be carried out in pharmacies – if the company they work for reaches an agreement with a pharmacy -, a test center or in the workplace itself if the tests can be done independently. the worker.

The cost of these controls – estimated at around 130 euros per month per worker – are borne by the employer, who will be able to deduct how much they invest in the tests for their workers. The latter are not required to undergo the tests. Companies are the ones obliged to offer this possibility. Companies that do not comply with the new regulations could face fines of up to 30,000 euros.

In Germany, labor laws have been reformed so that, in these times of pandemic, companies enjoy greater freedom and thus, as far as possible, that employees telecommute. However, only one in four German companies use telecommuting, according to data from the Hans Blöcker Foundation, a union-inspired organization dedicated to studying the world of work.

With data like these in mind, the idea championed by Scholz and Heil in the German public debate makes sense. It is not surprising that his initiative has the support of the main German trade union organizations. For Scholz, the pandemic is “a national effort and everyone has to participate.”

“Companies that can continue to produce are in a better situation than those that struggle every day with the fact of not being able to function normally, such as, for example, a restaurant that is not open,” Scholz pointed out this week on public radio. Deutschlandfunk. Thus Scholz avoided the reproach according to which what the Executive would be doing is hindering the work of the companies.

In the same sense, Heil had declared himself in statements to the last edition of Sunday Bild am Sonntag. “Everyone has to contribute in the fight against the coronavirus. Also the world of work. To protect workers who cannot work from home, we need tests in companies ”, Heil defended, eager to see his initiative approved last Tuesday, something that ended up becoming a reality.

Heil, as much or more than Scholz, has had to confront the business world to impose the tests. The country’s large business associations have opposed the initiative, claiming that, for example, the large firms in the DAX stock index already had a system in place to test their tens of thousands of employees.

Surveys carried out by the Ministry of Economy, in the hands of the conservative Peter Altmaier, pointed out that 69% of companies in the country already carry out at least one test a week. The problem, as Heil and Scholz understand, is that this percentage is not enough. They both understand that you have to bring that ratio to 90%.

These intentions, as reported by the German Federation of Employers’ Associations (BDA, for its German acronym), is due to the desire of the SPD to “campaign politically in the pandemic.” In the BDA they should have been grateful that, from the conservative Christian Democratic Union, Merkel’s party, they have been pressured to turn the Heil and Scholz measure into something “voluntary”.

However, as noted in a recent editorial by the influential newspaper Süddeutsche ZeitungIn the end, “it is good that the obligation is to be imposed because this time the SPD has been imposed in the Government on a CDU that is sometimes too friendly to the lobbies.”

For his part, Michael Scheppe, a journalist who covers the German business world for the Handelsblatt, explains that in the tests at work, “voluntariness is not enough.” Thus, “almost one in three companies does not test their employees,” emphasized Scheppe this week in the opinion pages of his newspaper. According to the latest contagion data from the RKI, next to homes, workplaces were the second known place where the most COVID-19 infections occur in Germany.

Ouigo aims to reach one million passengers in 2021