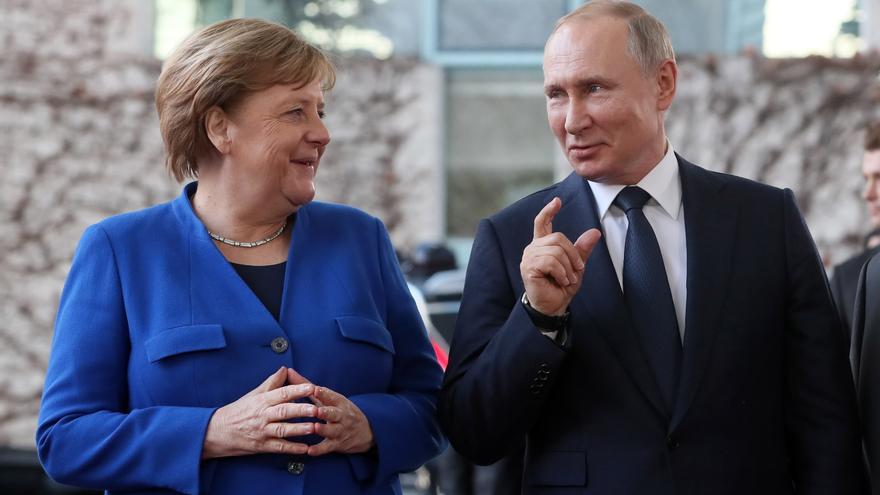 There are only three things that Germans know about Angela Merkel’s private life: she likes the countryside, she is good at baking and she is terrified of dogs. Putting those details together, author David Safier has designed a fictitious retirement plan for you in his book Miss Merkel: The Case of the Retired Chancellor. The only thing that escapes reality – but not much – is that in the novel Merkel is dedicated to solving crimes.

Long ago, the most representative politician of the last two decades said it was leaving it. But not to occupy a chair on the board of directors of a multinational or to pull the strings of the shadow Federal Chancellery. After the defeat of the Conservatives in the last elections Germans, Angela is prepared to leave the eye of the hurricane.

“I think that for a few months he will disappear from the public scene, but he will receive many requests to return,” says Safier. He will drop in at charities, universities or international summits on time, but he does not believe that he will come close to power again. The writer of the sales phenomenon Damned karma he wanted her to be his protagonist at all costs. The idea came from chatting with his editor in 2019, right after the announcement of his retirement. But how is the identity of the most powerful living politics in the world “stolen”?

The rights of the person Angela Merkel are not private. Furthermore, a large part of Germans believe that it somehow belongs to them as if it were a member of their family. Hence it is known by the nickname of mutti, something like mommy. “In Germany we have lived with Merkel for decades and everyone thinks they have a conception of her,” explains Safier. But it is not always good. “It arouses a lot of hatred among the followers of the extreme right, who in turn are the ones who say they know it best.”

Driven by admiration, intrigue and the desire to break with the story of the extreme right, Safier has dynamited the framework surrounding the chancellor. Swap diplomatic Berlin for rural Uckermark. He takes her out of the kitchens of the new world order and places her in those of his country house baking some fruit tarts. She advances a couple of positions to the figure of her husband from the rear and places him at her side. What does not alter at all is his strategic vision or the one that is sensed that he has. Instead, he gives him a gentle character that has never stood out more than his iron fist.

“I understand that the Spanish, the Italians or the Greeks see her with different eyes. But she only reproduced what the Germans asked for, because nobody wanted to give money to countries in crisis. It is very difficult to go against that. She did it by welcoming She was punished at the political level and now we have a party on the extreme right. Voters from the center or left have a better opinion of her than those in the conservative bloc. Personally, I think she is a better policy than many of the that they are in the party that I vote, the Green one “, confesses the writer.

Like Holmes’s Watson, her husband Joachim Sauer doubles as the eternal companion in the book. It is not a feminist decision, but a true reflection of reality. The “first gentleman” has been part of the club of the first ladies fulfilling the role that belonged to him. “They are the perfect couple and he, that discreet and humble husband. He is a physics teacher, so he is intelligent, but not as smart as she is. And he must be humble as to always be one step behind, away from his wife and accepting the figure of first knight“explains Safier.

But the most interesting relationship is not the marital one, which he portrays as a paste-like septuagenarian couple, but the one that surrounds the character of the fictional dog named Putin. A slimy pug that in the book does not leave the feet of the chancellor. Safier affirms that he did not intend to make a caricature of the Russian president, rather to reveal the origin of a recognizable anecdote for the average German: “We realized that he was terrified of dogs because of Putin, when he put a huge one in front of him in 2007 as she recoiled in terror, “she recalls.

The relationship between the fictional Angela and the Pug Putin is as affable as that between the authoritarian leader. “She is a firm believer that you have to talk to everyone. She is usually very rigid, but she grew up in East Germany, the communist and he was an agent of the KGB, he lived there. Putin speaks German perfectly and Merkel Russian. These are things they have in common that make her more knowledgeable about Russian culture, politics and way of thinking than someone from West Germany, “the author explains.

Instead, during his research he discovered that the opposite was happening with American politicians. “He can’t stand that way of doing politics. For example, before being elected, Barack Obama visited Germany and was received like a star. He didn’t like that pose at all,” says David Safier. In Germany they do not like “empty promises or visionaries” because, as former Chancellor Helmut Schmidt said, “whoever has visions should go to the doctor.”

“Our electoral system is very special and very complex because we cannot allow another Hitler to happen. It is not possible to have something like Boris Johnson or Macron. We do not have a winner takes it all, the winner takes it all “, Safier abounds. That is why he believes that Angela Merkel has been a unique politician and one that even those who did not vote for her will miss:” She has values, and money and power are not her motivations “.

Miss Merkel. The case of the chancellor Retired is also a tribute to “a bright time” that according to Safier will be recognized as such in a few years. “When she arrived in Germany there was a lot of unemployment and now we have 16 years of good economy. We have gone from being a conservative country to one of the center. It is strange because she is a conservative politician who has changed things,” summarizes the journalist.

The new political era in Germany will be spearheaded by a man who during the campaign has been paradoxically dubbed “the male Merkel.” “It is sad that they have not chosen a woman to succeed her, a green chancellor would have been great for the country,” believes the writer, who points out that the pending issue of Merkel’s legislature has been climate change.

When he compares his style with that of other politicians, as a recognized left-wing voter, the writer highlights his lack of “vanity.” “She doesn’t like to monopolize the spotlight and the few times she speaks in public, like on New Years or during the pandemic, everyone listens to her. talk shows, he doesn’t take money where he shouldn’t and doesn’t make shady deals. “Ultimately,” his style is not full of testosterone. “