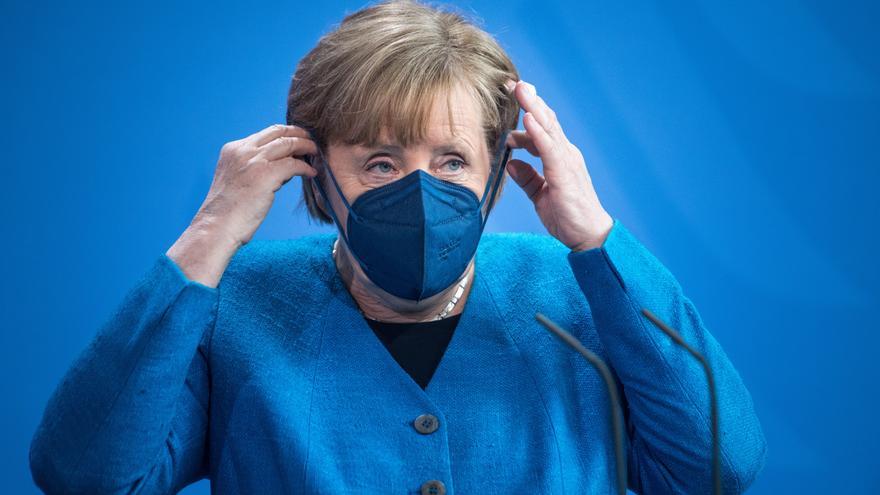 Berlin, May 8 (EFE) .- German Chancellor Angela Merkel today expressed her hope for a summer similar in freedoms to last year, especially thanks to vaccines and as long as the incidence is kept low, while celebrated that Germany has been able to control the third wave of the pandemic.

“If we see the low incidences in some of our partner countries … I have great hope that we will be able to afford what was also possible last summer,” Merkel said at a press conference after the informal council of European leaders in Porto (Portugal), in which he participated by videoconference.

He referred to the situation precisely in Portugal, a few months ago with exorbitant levels of new infections and with figures today “very clearly below Germany.”

“In Germany it seems that we have controlled the third wave. Gradually there may now be more things in Germany where the incidents fall, and hopefully that is the case throughout Europe,” he added.

He recalled that last summer the incidents were minimal compared to the current ones, while, on the other hand, “the issue of vaccines was only theoretical” and there was no access to rapid tests in dimensions such as today.

With such low incidences “we could allow ourselves a lot of freedom,” he added.

The situation today is better, because if the objective of reducing incidents is achieved, which translates into “freedom for all”, there are also vaccines and testing, he stressed.

On the other hand, he pointed out that during the Oporto council the issue of the digital green certificate was also addressed, with which the European Union seeks to facilitate the mobility of European citizens and specified that some content issues remain to be clarified.

Thus, while the conditions for technical compatibility are in place, it remains to be decided what happens to people vaccinated with preparations not authorized in the EU.

Meanwhile, the cumulative incidence in seven days stands in the country as a whole at 121.5 new infections per 100,000 inhabitants, compared to 125.7 yesterday and 148.6 a week ago.

The health authorities reported 15,685 new infections in one day and 238 fatalities, while last Saturday, Germany registered 18,935 new infections with covid-19 and 232 deaths in 24 hours.