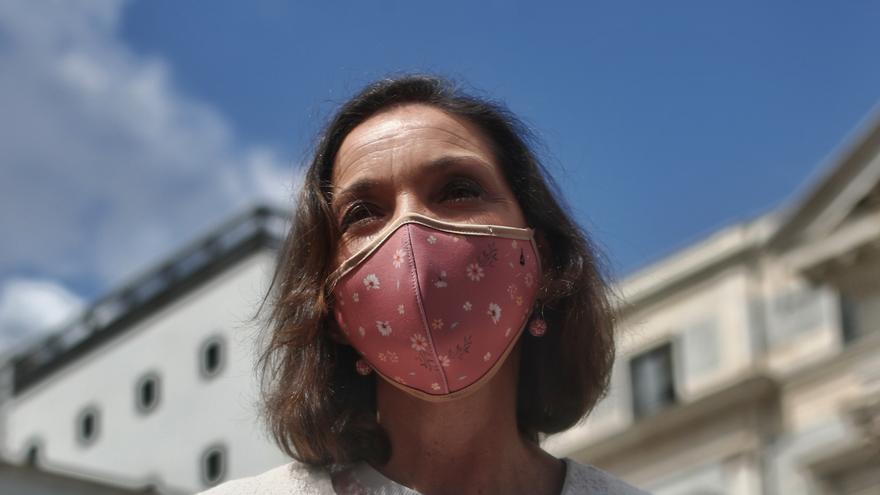 The Spanish Mental Health Confederation has asked to rectify the information in the media that link schizophrenia with the threats received this Monday by Minister Reyes Maroto. After the Police identified the man who sent a knife with red marks – which is being investigated if they are made of blood or paint – to the Ministry of Commerce, Tourism and Industry, several headlines have highlighted the author’s mental problems as the cause of the event. “This type of information, which is based on prejudices and stereotypes, encourages discrimination and hatred towards battered and already vulnerable groups,” says its president, Nel González Zapico.

In social networks, associations in support of psychosis and other mental illnesses have echoed the words that head some of these articles, such as “schizophrenia” or “crazy”, to criticize the stigmatization of an entire group through a particular act . The confederation has insisted that “it is not true that people with mental disorders are more aggressive or more likely to commit violent acts than people without these problems” and that only between 2 and 5% of violent acts are attributable to mental health problems.

“In the same way that the news does not pick up if a person who has committed a violent act has diabetes or is hypertensive, they should not do so when they have a mental health problem. Implicitly and unfairly, the media that do so are assuming that it is the cause, without having verified it. And this is far from adjusting to journalistic ethics, “says González. For the platform, it is reductionist to explain a violent behavior of this type through a single cause, in this case mental illness, ignoring other motives.

Inside the statement of Mental Health Spain, they point to seven headlines and actively ask them to rectify their headlines. They also add a style guide to report on these issues in the media. It offers recommendations for treating mental health appropriately and without stigma. “It is possible to report correctly, what is needed is to flee from sensationalism and, above all, the will to do so,” González concludes.

For his part, the individual, from El Escorial, has been denounced by the agents and the case has already been prosecuted. This letter joins the others death threats accompanied by bullets received by Fernando Grande-Marlaska, the general director of the Civil Guard, María Gámez, and the candidate of United We Can, Pablo Iglesias.